Startup EduDo that Startup Jedi wrote about this July, has not yet launched its product on the market, but has already charmed some investors! How did the guys manage to find money? Why did investors get interested in the startup? On what conditions do they participate in the project? Yury Shlahanau, CEO of EduDo, and Maxim Mikheenko, one of the investors, have shared some thoughts about this. 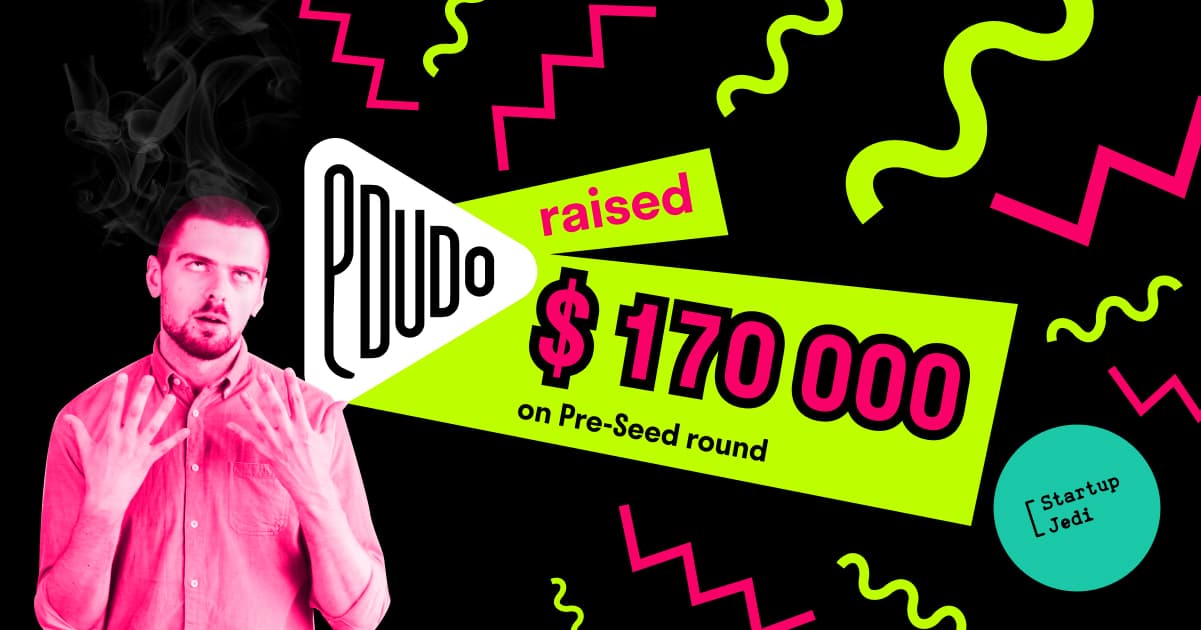 A total of 7 investors have invested in the project. These are people from Yury’s network: before starting to work on EduDo, he used to work as an investment manager at Flint Capital and RBF Ventures venture capital funds and of course, some contacts remained. Participants of investclub.vc, which is the investment club of the Rocket DAO ecosystem, have also invested in the project.

“I knew most of EduDo’s current investors in person, but I also met some recently,” Yury says. — For example, the story with Maxim Mikheenko turned out to be quite interesting. He came to talk to the Rocket DAO team while he was in Minsk, and we met there. Then we met again, and he decided to invest in my project. “

Yury jokes that his conversion of meetings into investments was 117%: he talked with six potential investors, and seven ended up investing — one of the angels not only invested himself, but also recommended the project to another investor.

All investors are Russian-speaking, but they live on different continents — some in Los Angeles, some in Silicon Valley, some in Russia, and some in the Philippines. 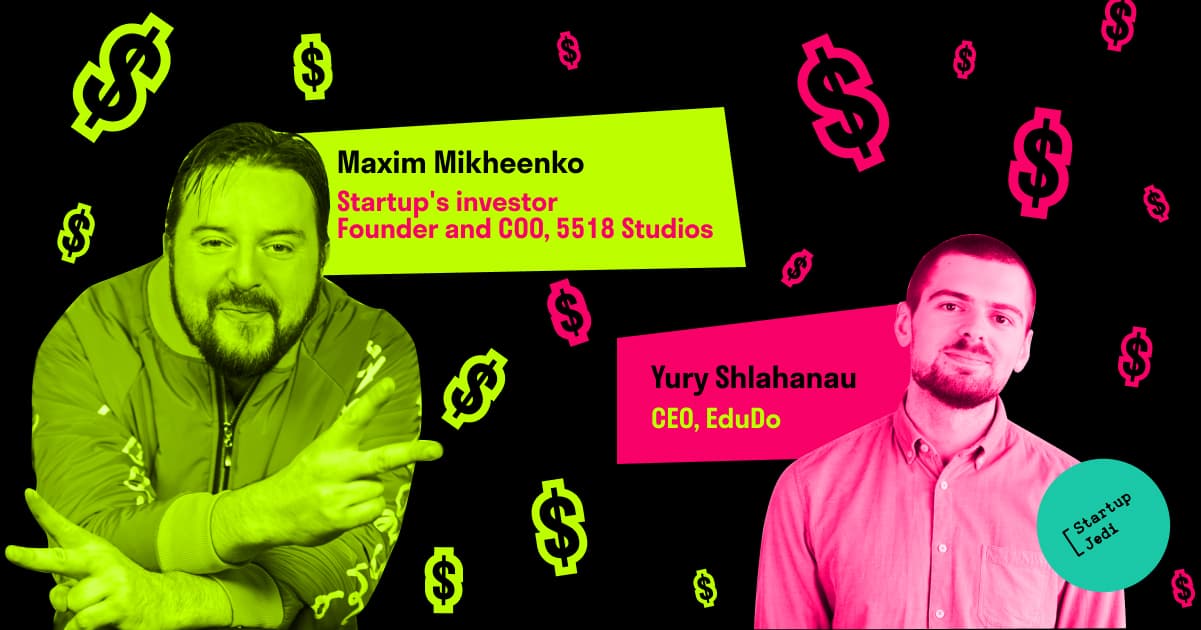 Why did they invest in the project?

The EduDo project started quite recently, and at this stage it is usually not easy to convince investors to invest. As Yury said, at this stage of a startup’s development, good investors invest “not so much in the likelihood of success, but in the fact that if it succeeds, it will be grandiose.”

“Apparently, I managed to show the guys that EduDo is a story worth not just tens or hundreds of millions of dollars, but billions,” the CEO of the startup says. — The second point is that I managed to make them trust me, as a founder, and the team as people who can make this project real. I believe these are two determining factors. Besides, I think that the fact that I invested my personal savings, thereby showing just how strong my faith in the project is also played a certain role. ”

Investor Maxim Mikheenko who is the co-founder and COO of 5518 Studios, creator of computer graphics for game hits, including Apex legends, Star Trek, and Call of duty: Black Ops 4, told us what made him interested in the startup.

“This project reflects the future of education — speed, efficiency and ease of entry for the user. Many major institutions of fundamental education (Moscow State University, Oxford, Cambridge) are becoming archaic for the younger generation and, therefore, not so effective for the brain of a modern applicant, especially in the realities of the world of Instagram and TikTok.

For us, the right project is born from a motivated and at the same time an experienced team. We like the global and clear goal of the project (focus and scale), daily interaction with the team. EduDo ignites, we “mutually pollinate” during such partnership. Thus, the synergy of the team itself and early investors in the project gives this very potential.

At the time when there’s a lack of new ideas, people (especially generation Z, or zoomers) are attracted by understandable and ambitious goals — the success of Tesla and Amazon is largely built on this. We build EduDo on similar concepts and believe that such projects will help relaunch learning for a new generation"—  the investor noted.

How much and for how long

The startup raised $170,000. This, according to Yury’s calculations, should be enough until the end of January 2021.

“The money will be spent on releasing the product in the fall, collecting its metrics, polishing it in accordance with these metrics in a way that there is still a margin for fundraising for the next round,” —  he explained.

As for the timing of the project development, now the team plans to launch the product in mid-autumn and, if the launch succeeds, raise the next round of investments in early 2021.

Then everything will depend on the dynamics of the project’s growth, fundraising strategy, on how quickly large strategic investors will come to the project with their proposals, and what these proposals will be.

“Initially, me, the team, the investors are not interested in launching quickly, seeing great dynamics, raising a round and selling the company for $ 40–50 million. This is a fairly narrow-minded story on which you can make money, but this is nothing grand that excites us. Therefore, the strategy is to grow the company as long as possible, to remain independent as long as possible. How long? It is very difficult to say, because everything is changing very quickly. The average time from the moment of investment to the moment of exit can be used as a basis. For angels, this is usually 7–10 years ”, — the CEO of the project suggests.

What will investors get

Naturally, they get a share in the company. However, according to Yury, angel investments are normally not just about earnings, but also about action. Investors who invest in startups are well aware that for most of them it will remain just an expensive hobby.

“There are fewer angels who have been investing successfully and economically over the years than there are successful venture funds,” — Yury notes. — For many, investing in startups is a story about action, about really ambitious and crazy projects and teams, about the fact that you can play a hand and see how these projects grow from scratch. And, of course, potentially make money on it. “

What else? Yury, being an experienced investor himself, did not come for money to random people. He counted on the fact that everyone who invested in the project has either experience or connections that will be useful in developing a startup. Moreover, the investors themselves are interested in participating in the project.

“I would say all our investors have the right approach to the project. They do not proactively interfere, but if we have a request, they are happy to help.

For example, one of the investors has been engaged in hyper casual games for a long time and has gained very cool expertise in UA. He understands how and where to buy traffic, and we use his expertise. Another investor, Maxim Mikheenko, has expertise in 3D design and graphic design, as well as good contacts both in our region and in the Valley. In general, I believe that the smartest thing an early stage investor can do is not to get involved in a project until asked so. You need to trust the founder and not bother them daily with requests and clarifications. This is exactly how all our investors approach the project”.

In general, according to Yury, not only potential investors are interested in a startup: regular people also want to participate in the life of the project, some even on a volunteer basis — simply because they like the idea itself and want to help one way or another. 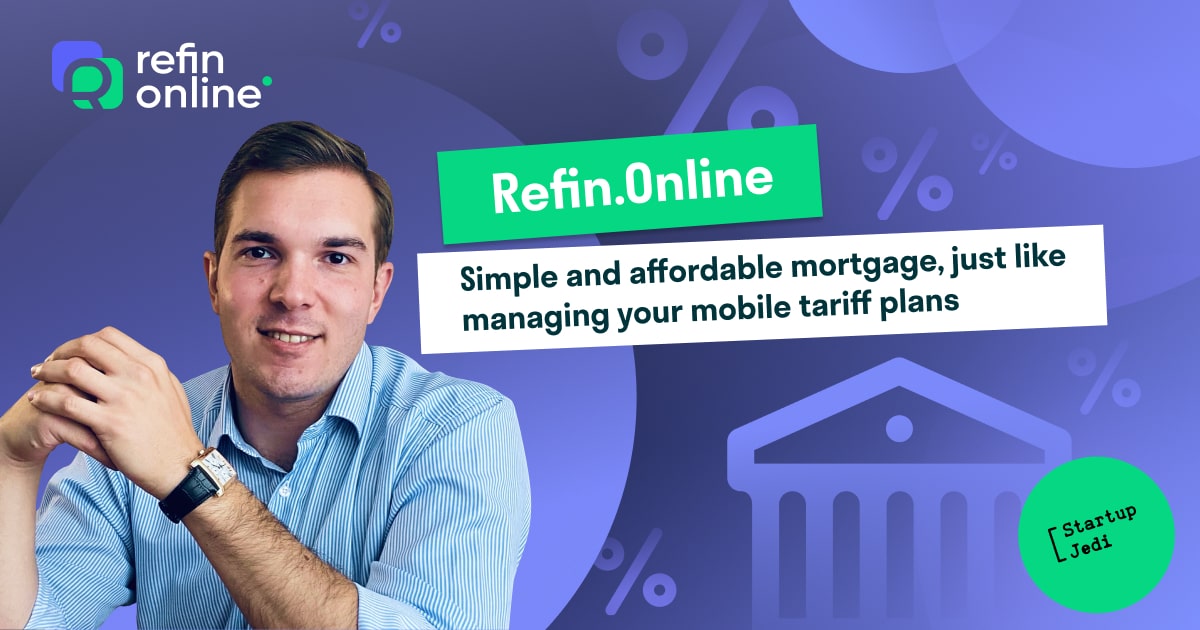 Refin.Online: Simple and Affordable Mortgage, Just Like Managing Your Mobile Tariff Plans
We will talk about how FinTech startups make the life of bank customers easier and which technologies have the greatest impact on the develo 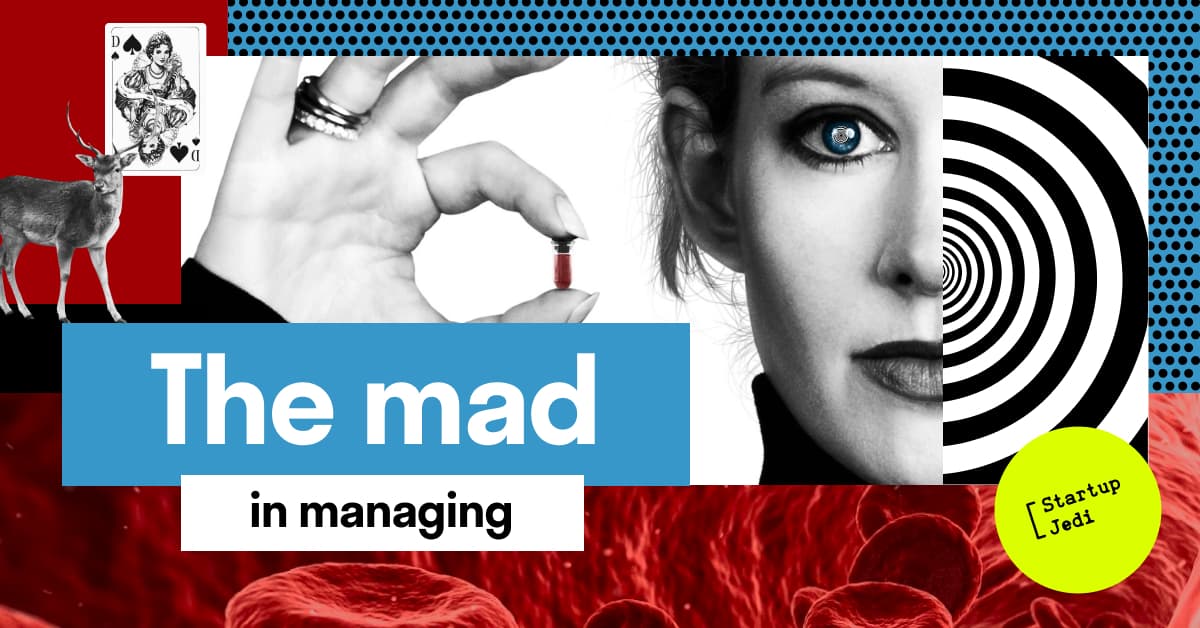 Some kind of madness ... What’s behind the failure of Theranos
Genius or insane? Taking about the failure of Elizabeth Holmes and the Theranos company. 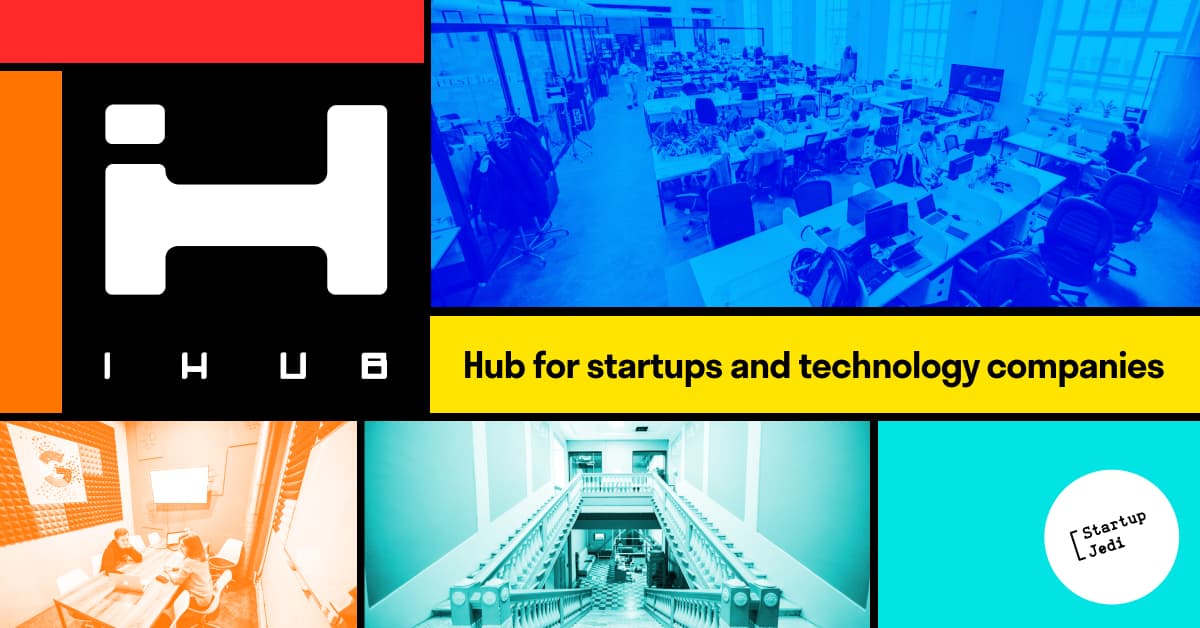 Dimitri Podoliev: How Ukrainian iHub increases the chances of startups
Coworking, acceleration programs and event production: about the network of startup hubs in Ukraine.