Byju’s, ApplyBoard and Robinhood - a review of high-profile deals of the last week 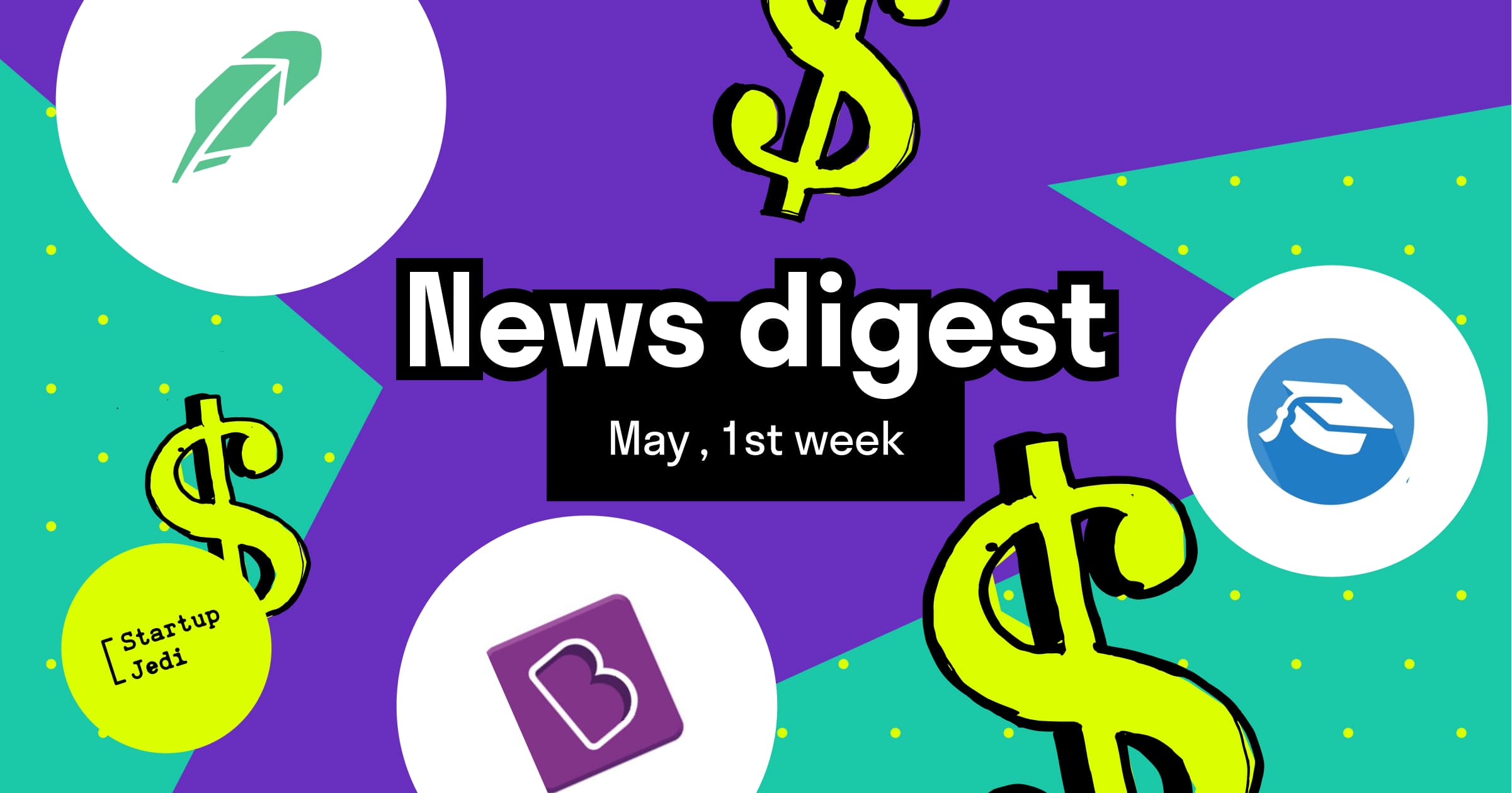 With this article, we’re starting the #News section and from this point, we will be preparing reviews of the most important news from the venture world devoted to the last week, supplementing them with our comments, explanations of causes / consequences / trends. Let’s go!
... 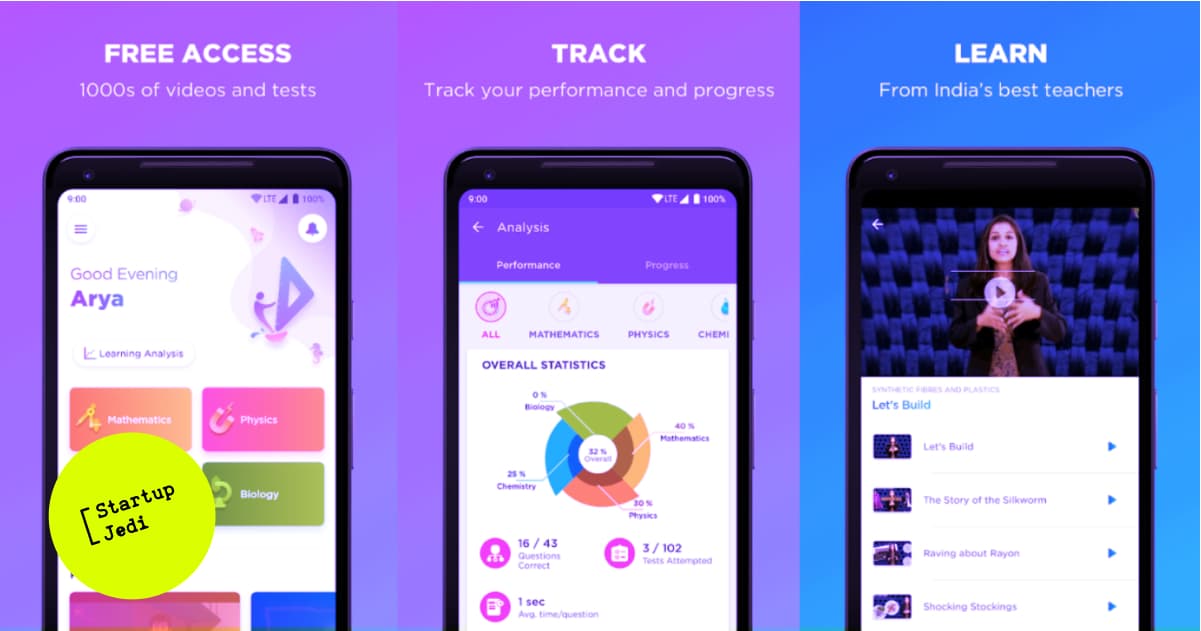 Byju’s is the most popular educational platform in India. In total, the startup has already raised $ 1.3 million. The platform saw a significant increase in both free and paid users during March: the total traffic from the website and applications grew by 150% which guaranteed an influx of 6 million new users.

According to the open sources, the startup is now attracting $ 400 million with a valuation of $10 billion. If the team manages to close the round with the declared amount, Byju’s will become the second most expensive startup in India.

So what does this mean? Another Indian project is attracting crazy money with an incredible valuation, but this can be explained quite simply: The educational project named Byju’s attracted 6 million new students in just a month during the coronavirus pandemic! With the transition of the world to online edtech, the vertical got a second wind. I think that in the near future we will see major changes in the entire education system, universities, schools, etc. are under threat, because campuses are no longer limited to fences and territories, the battle for students and influence goes to the network and as they say — “change or die. ”

2. Edtech unicorn startup ApplyBoard from Canada has raised $75M At $1.4B valuation (Source) 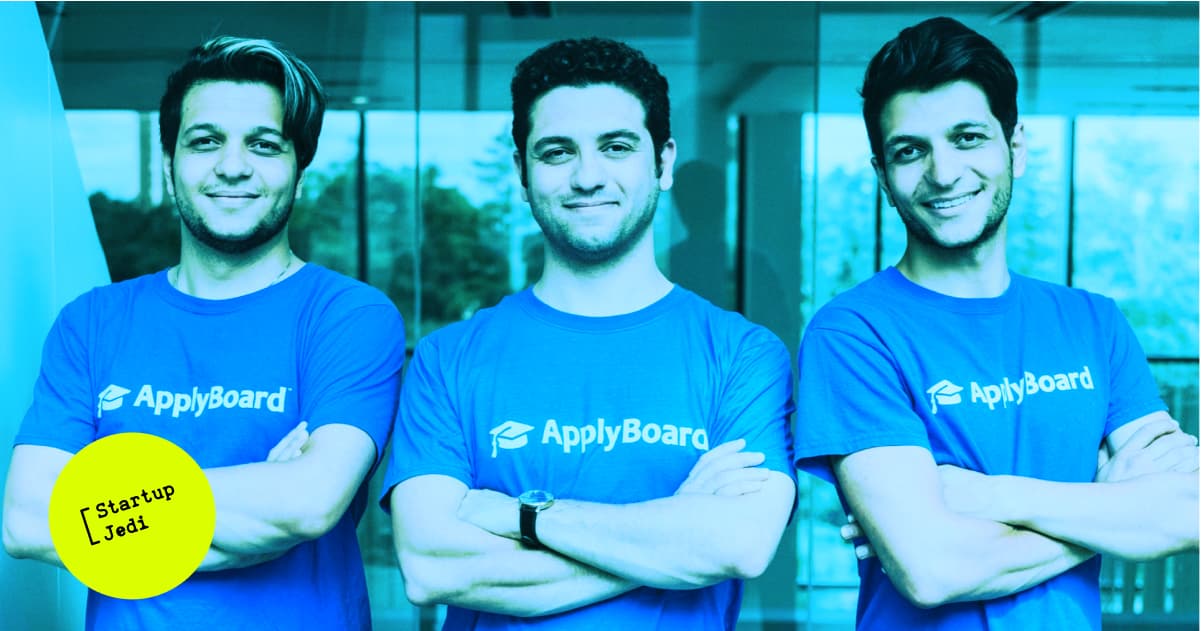 ApplyBoard is an online platform that simplifies the process of searching, submitting documents and accepting them to universities in the USA, Canada and the UK for international students. In 2019, Deloitte recognized ApplyBoard as Canada’s fastest growing technology company.

The project raised $ 75 million of investments with an estimate of $ 1.4 billion, where Drive Capital was the lead investor. According to the CEO of the company, thus, the startup acquired the status of a unicorn. The total amount of investments attracted by the company today is $ 122.5 million.

So what does this mean? Nothing strange, the valuation is due to the fact that the project is growing by more than 500% per year and it solves the simplest problem: now you don’t need to fill out a million forms at many universities, all this can be done in one window, the system will determine to which university it is worth applying. The guys caught the trend towards online education and the ability of millions of students to study where they want. 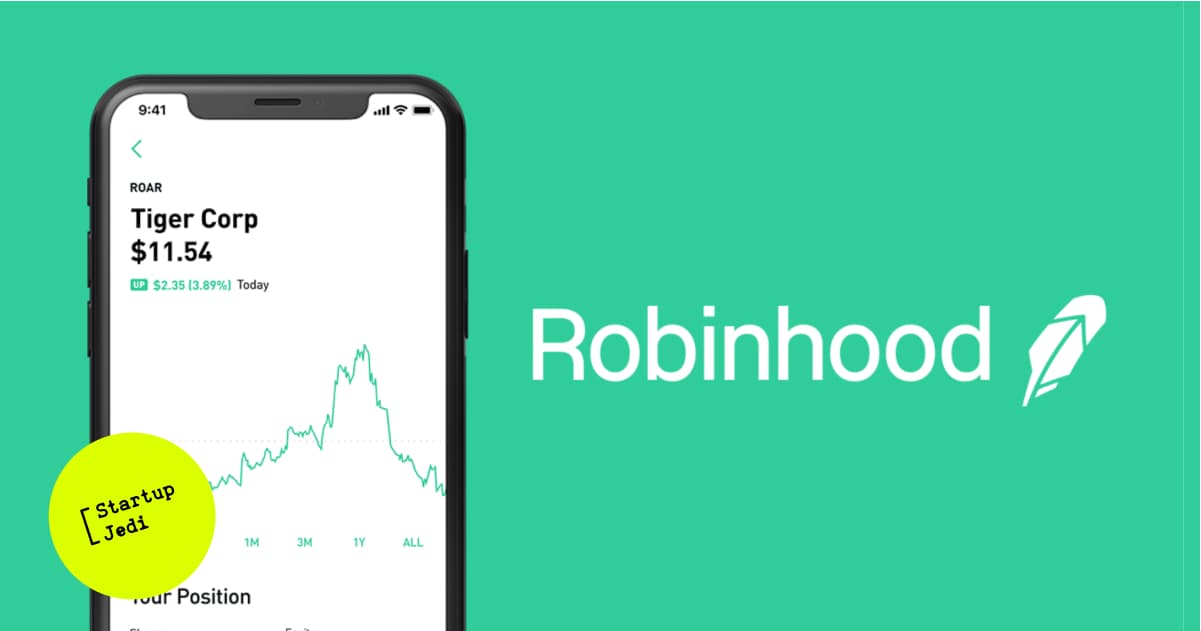 Robinhood is an investment application that allows users to sell and buy American stocks, options, ETFs and cryptocurrencies with zero commission. The company’s activities are regulated by the SEC — the Securities and Exchange Commission.

This year alone, more than 3 million new accounts were registered in the application, approximately 50% of them are newcomers to investing. Only in March, the company’s revenue amounted to $ 60 million — 3 times more than in February.

So what does this mean? Everyone wants to buy and sell shares, but at the same time pay little or no commission at all. Robinhood is a very convenient tool for trading in a new way, without large commissions, brokers and other attributes of the old disgusting past. And the control by the SEC guarantees the security of invested funds, which is very important in the current crisis. Old players with their outdated model and exorbitant commission appetites will have to change their approaches. The trend towards simple and convenient applications with an intuitive interface where the purchase and sale of shares is transformed from a complex task into everyday life, will continue growing. 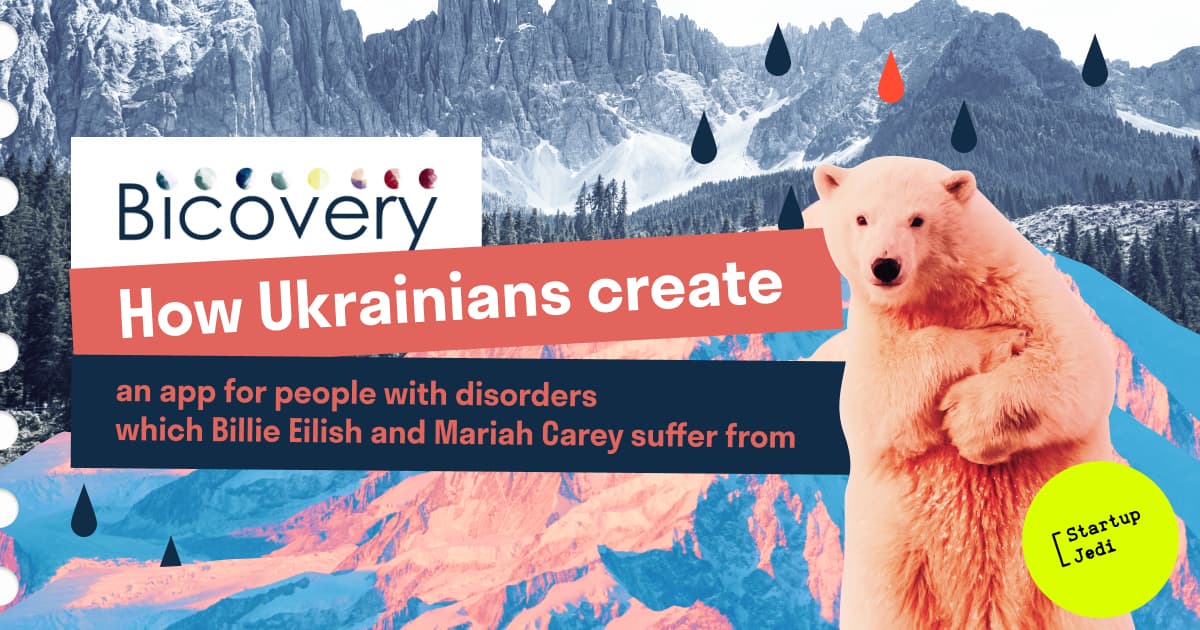 How the Ukrainians create an app for people with the disorder that Billie Eilish suffer from
An interview with Biscovery CEO Alexander Sharko. 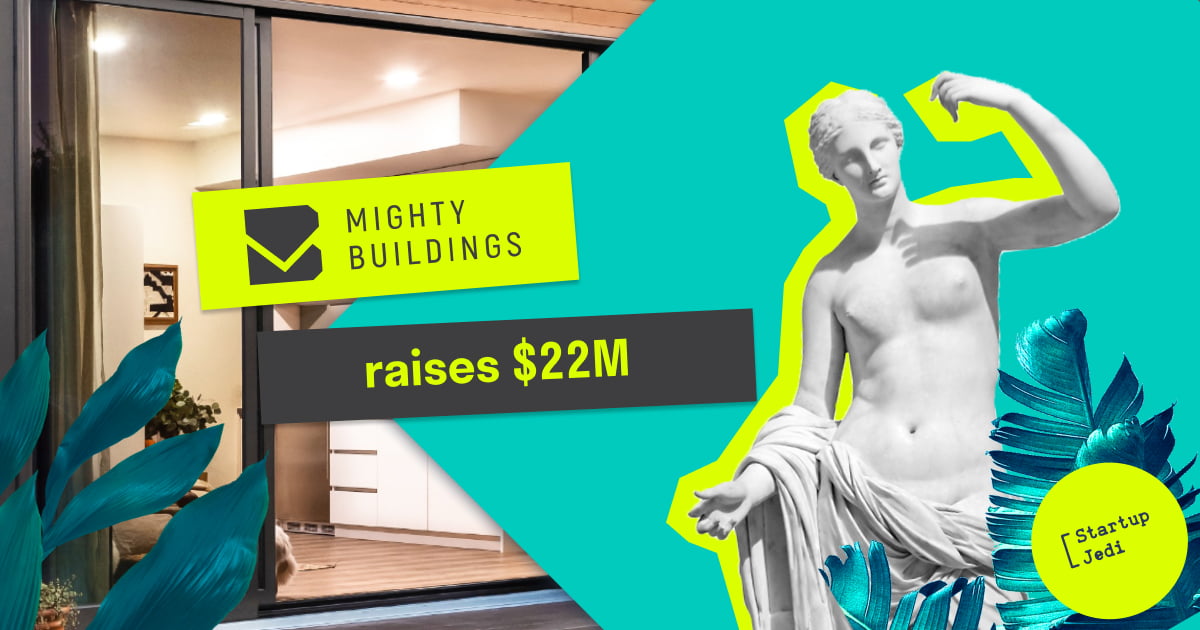 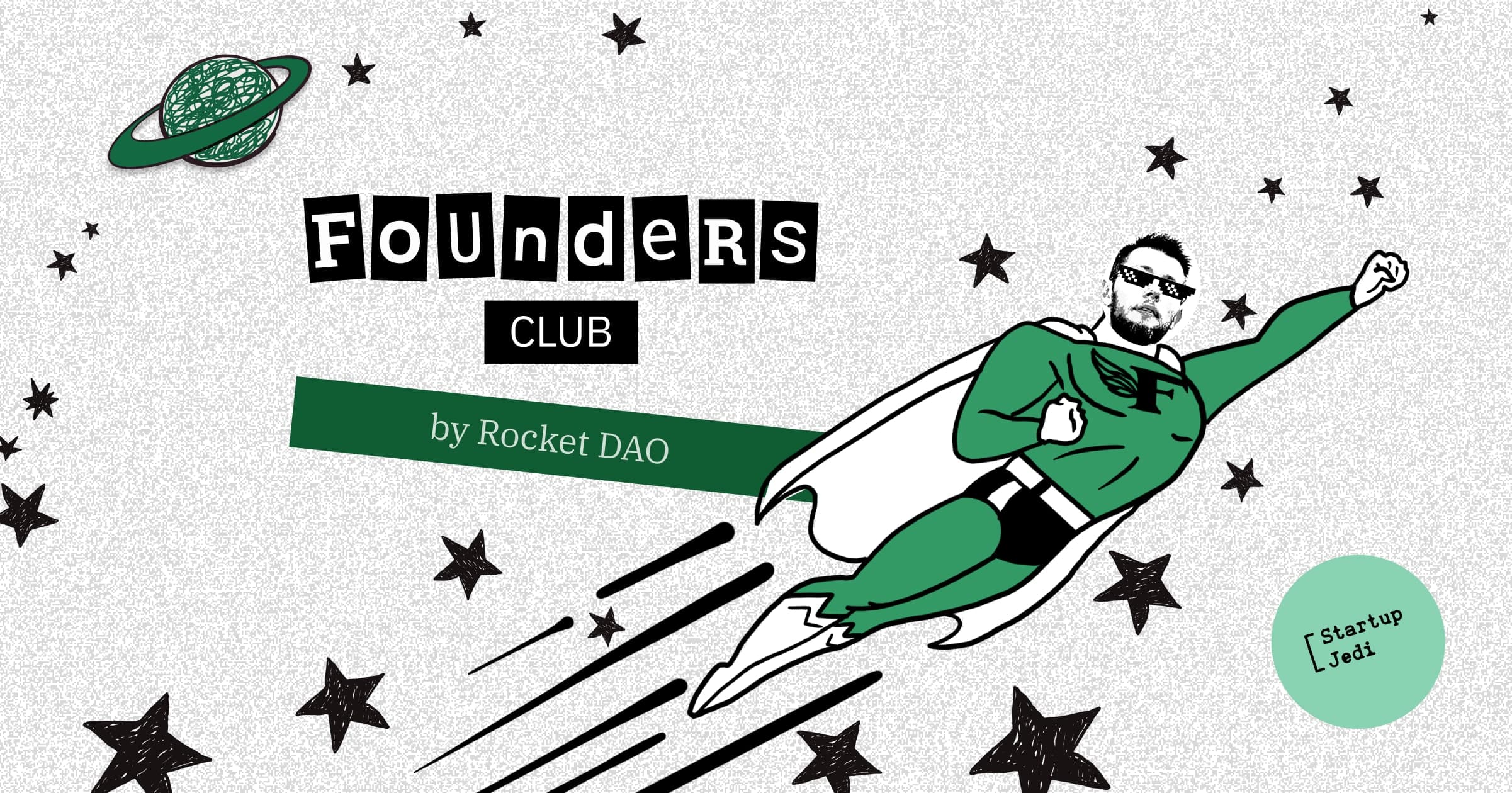