5 salty lessons from sea expeditions for a young startup. Part 2 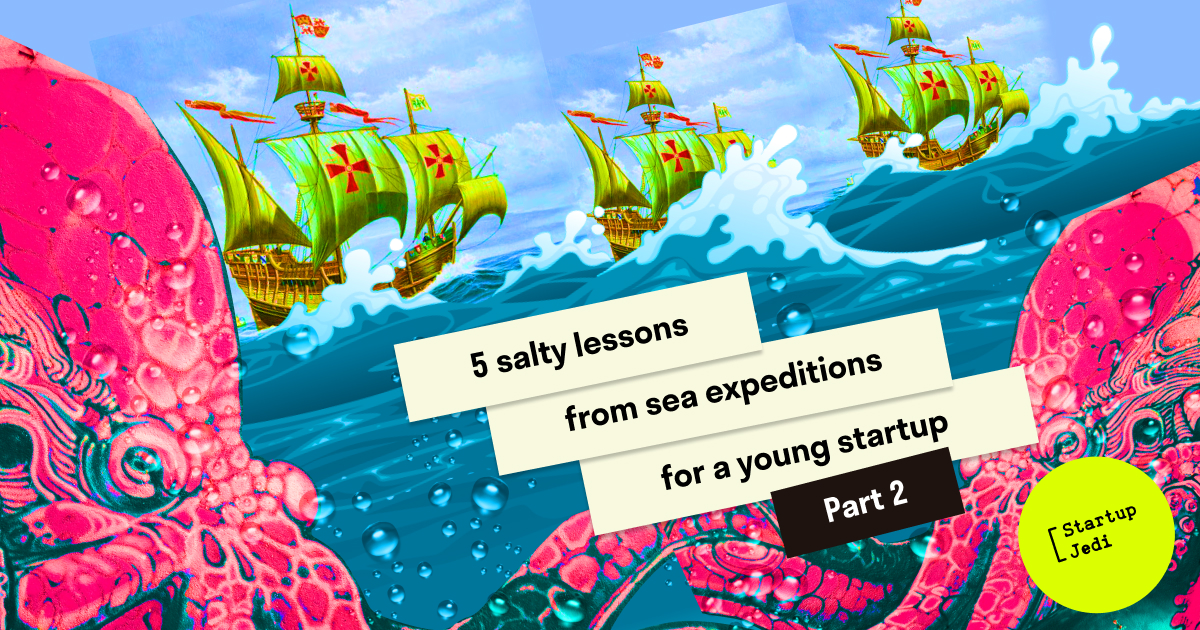 To achieve his goal — to pave the western route to India — Christopher Columbus had to turn to many European monarchs to finance his expeditions. Everything turned out almost successfully for him, although America was opened instead of the way to India — but who remembers about it now!

Columbus rightly thought that the Earth has the shape of a ball, but greatly downplayed its size. He believed that India could be easily reached by sailing to the West from Europe, and not just by going overland to the East. In 1484, he outlined his plan to the Portuguese King Joao II, asking for funding for the expedition and an immodest reward.

For the future western route to India, he wanted the title of Chief Admiral of the Ocean, a noble rank, the position of viceroy of the open lands, 10% of the income from these territories, a part of the profits from future trade with new countries and … golden spurs. The latter was certainly too much.

Columbus was refused, his wife died soon after, and the financial situation became deplorable. He moved to Spain, hoping to find the money for an expedition there. And Bartolomeo sent his younger brother to England to present the project of the Western Route to King Henry VII.

For the next seven years, Cristobal Colon — as he was called in Spain-did nothing but fundraising. But the royal advisers did not see any prospects in the project of the persistent Italian. The treasury was spent on fighting the remnants of the Moorish state in Grenada.

In parallel, Christopher again proposed his plan to the rulers of Portugal and England, but without success. Only when the Spaniards finally defeated the Moors, and the country’s budget breathed a sigh of relief, he was able to knock out three small ships for the expedition. 10 years after the start of the search for funding, on August 3, 1492, Columbus moved towards the Atlantic.

On this trip, he discovered the Bahamas and Cuba. Returning to Spain eight months later with the jewels, he easily assembled a new expedition. Columbus was granted a coat of arms with a map of the new islands and the motto “For Castile and Leon, a new world was opened by Colon”. It was considered very cool to have a personal coat of arms at that time. It’s cooler than having 1 million followers on Instagram right now.

On the second voyage, Columbus already led 17 ships with 1,500 people who wanted to get rich. But this expedition was unsuccessful. Almost no gold was found, battles with the Indians began, diseases struck the fort colony. When the flotilla returned to Spain, Columbus was deprived of many privileges. With great difficulty, two years later, he managed to assemble a third expedition. Then South America was discovered, although the team took it for an island. Everything went bad again: the colonists quarrelled, the Indians constantly organized uprisings, and at the Spanish court, Columbus’ detractors were plotting against him. All this had its effect: Spain sent a new “manager” to the colonies, and Christopher and Bartolomeo Columbus were brought back in shackles.

Then there was another expedition, the most disastrous. But Christopher did not return the former glory of the conqueror of new lands.

What can we learn?

Columbus asked for too much reward on the shore, without opening either the western route to India or America. A similar way may look like a startup that is not ready to share an adequate share of the company or unreasonably overestimates its valuation, while there is not much to brag about yet

If you are looking for an investment, then be ready to give a certain part of the company to investors. Otherwise, you need to look for money under the 3F scheme or take a loan from a bank.

We do not know whether Columbus pitched his idea well to European monarchs, and how he worked out objections. It was probably deadly to argue with the king at that time. Let us take the liberty of reconstructing his conversation with the then reigning royal couple, Queen Isabella of Castile and King Ferdinand of Aragon.

— Cristobal, you have an interesting project. But there is no money for it. We are fighting the Moors, and until we conquer Grenada, we can do nothing to help.

— So you need money to wage war?

— But if you invest in my expedition, I will open a western route to India and in six months I will bring as much gold as the ships can take on board. You will not only defeat the Moors, but also strengthen the position of Spain throughout Europe, and build new colonies in Africa, ahead of Portugal and England.

— Why didn’t you say so right away, Cristobal! Here’s a fleet for you!

As a rule, expectations are built around the evaluation of a startup and, accordingly, the investment conditions. If you roughly fall into the fork of expectations, then you can bargain. But when you are in a weak position, and the project urgently needs money to survive, then the investor can “push” unfavourable conditions for you. Accelerators often do this with young startups: “We will give you $100,000, and you will give us 10%. If you don’t like it, goodbye.”

You need to be able to listen and hear what the investor says. And here are the general principles of the ability to negotiate, to see needs and doubts work. It’s great if your startup has a queue of business angels who are ready for your conditions. If this is not the case, you need to pull up weaknesses and negotiate.

And Columbus was good at that. He himself was looking for money in Portugal, Spain, England, and he contracted his brother for this business. His project was not tempting enough for several “investors” to compete for it, but Christopher definitely did not sit still. For a startup, especially at an early stage, when the MVP is not ready yet, or you have already reworked it several times, trying to better feel the market and business model, it is important to get as much quality feedback as possible. Columbus was not afraid that his idea would be stolen, and someone would find the western way to India before him. And don’t be afraid!

It would seem that how can you establish the first sea connection between Europe and America, but not get great benefits, honour and recognition from this? And here it is.

Columbus was a pioneer, and he just didn’t know what to prepare for. Instead of the golden Indian cities, he was waiting for the most ordinary, not gold, fever, quarrels in the team and warlike cannibal Indians. And those natives who were peaceful, the Spaniards turned against themselves with their own greed.

Plus, Christopher fell into the trap of rapid growth with not yet proven economic viability. This is just about 17 ships and 1,500 people, inspired by rumours of wealth, and then cruelly disappointed.

If you have found a gold mine, as it seems to you, make sure that the idea works. Check the hypotheses, make and test the MVP, prove the viability of the business model. And having raised investments, do not spend them more than you need for optimal growth. 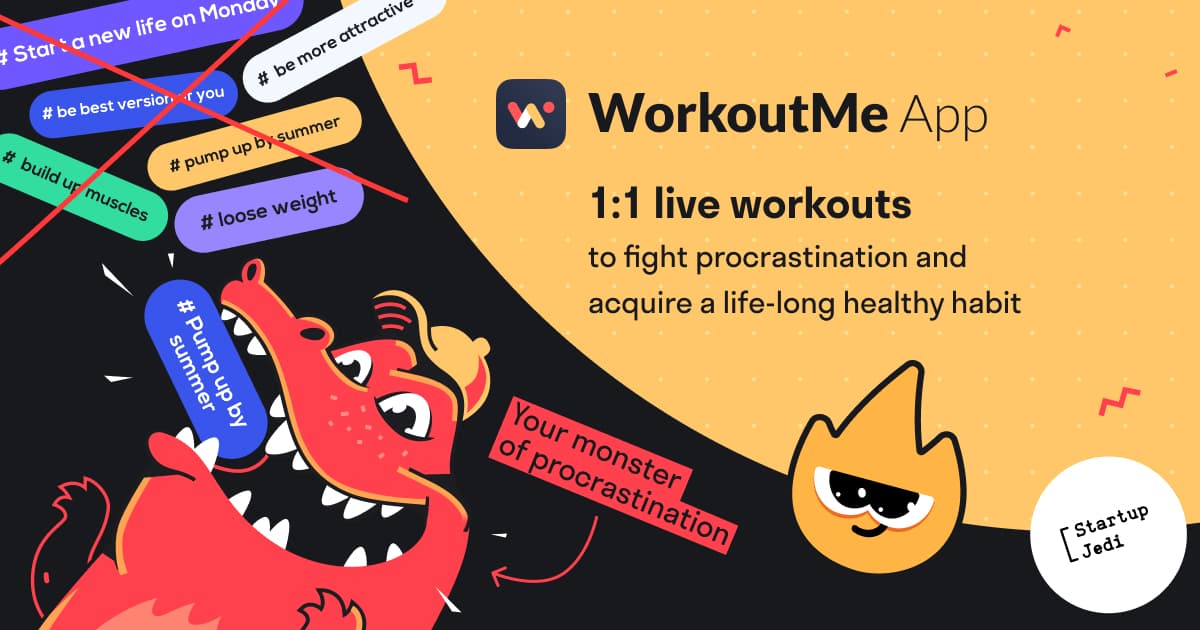 WorkoutMe — fitness app that beats procrastination in 1 minute a day
Talk about a fitness app with an unusual story and an unconventional approach. 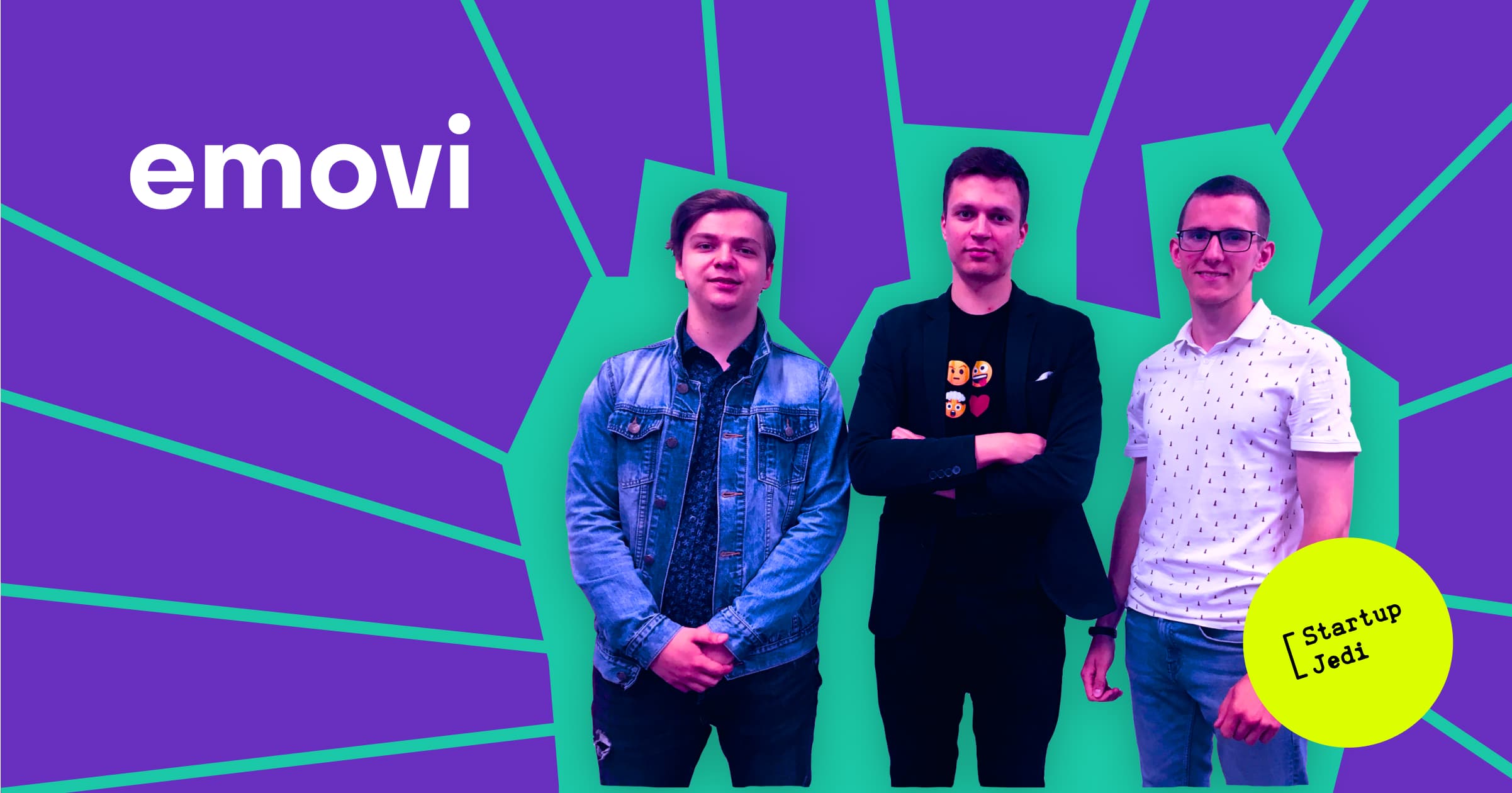 Startup of the day #2. Emovi.app
Kirill Ilyichev, the project CMO says how to build a growth strategy in order to survive in terms of high popularity. 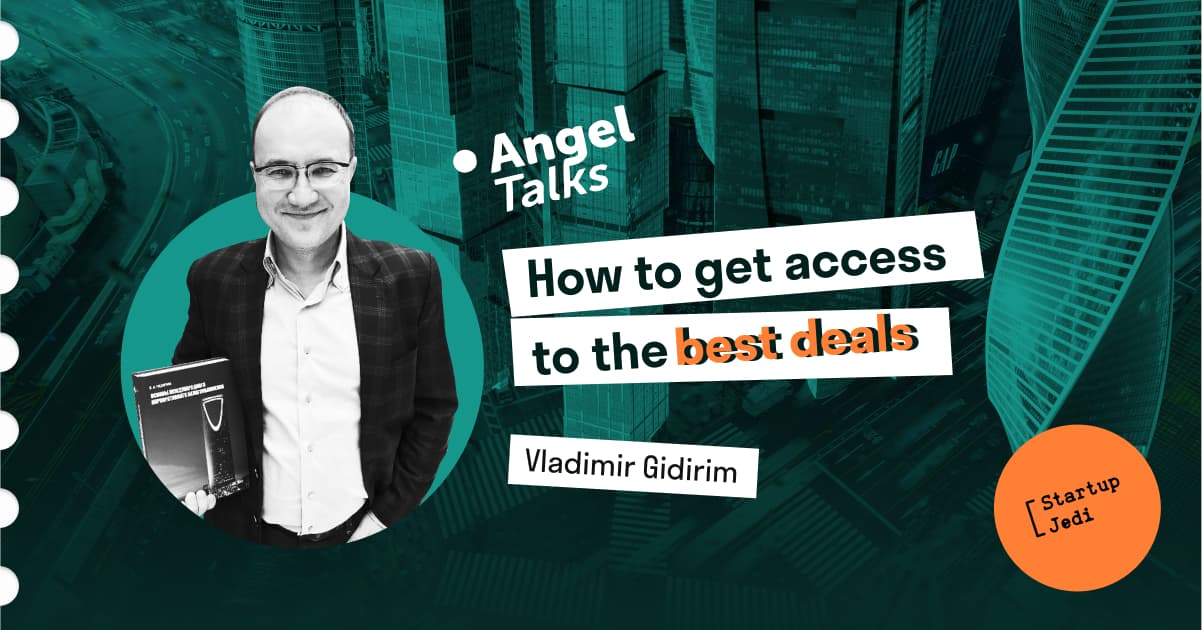