Corporate startup studios: why do large companies need their own startup factories? 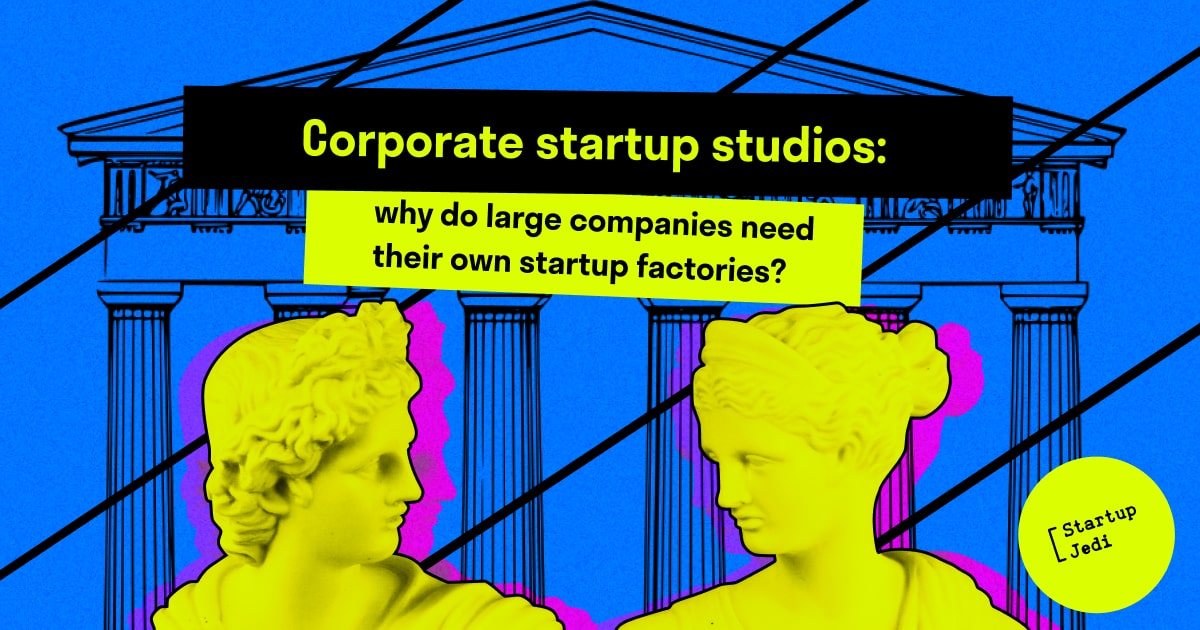 Today, we will figure out the ABC’s of corporate startup studios: we will find out why technological companies need their own startup factories, what is the specifics of this work format and who leads the market.

For several years, international companies have been actively buying up newly created startups: in a recent study by the European Commission it is said that the volume of corporate investments in startups in 6 years has grown by 7 times: from $19B in 2013 to $134B in 2019. At the same time, investments most often don’t pay off: about 77% of startups funded by companies, don’t achieve their goals.

It’s also bad luck with investments at early stages: according to statistics, the startup’s participation in a corporate accelerator decreases the success rate from 11% to 8%. Taking into account that startup mortality rate is around 90%, those 3% are pretty crucial.

No doubt, you have seen the thesis more than once: startups don’t take root within corporations. Some explain this phenomenon by the fact that the company loses its spirit of freedom when moving from a small garage to a skyscraper with its own fitness room, and small startups without their garage are like fish washed ashore. But there is a more practical explanation: the corporation environment is incompatible with the environment where startups exist. A large company has its own streamlined mechanisms, system processes and its own vector of development with a multivolume strategy and KPI’s, so it is very difficult for a startup to adjust to it. Eventually, it turns out that having successfully passed the MVP check, received sales and the first investments, and when, it seems that all the worst is behind, the startup suddenly finds itself in a dead end, trying to adjust all its processes to the company's requests (which are changing very quickly).

“According to one recent research, about 90% of startups or small companies purchased by large corporations ultimately fail. The thing is: when a large company buys a ready business it often happens so that the corporate culture, the views and philosophy of the giant company and the small company clash with each other and turn out incompatible.” — Atilla Sigetti, the co-founder of Drukka startup studio and the author of “Startup Studio Playbook”.

Instead of buying ready-made startups (with a high risk of “fading”) and investing into corporate accelerators (with low result conversion), more often, corporations consider the third option: cooperate with a startup studio. Startup factory can create a business:

And the largest corporations found the easiest shortcut — they just created their own startup studios.

Just like in that movie, “Inception”: instead of bribing the plane’s personnel, it is easier to buy the whole airline company.

Time saving. And it is really time saving: it will take 5-7 years to create an innovative department, build up all the processes and gather the team. It is more effective to buy (create) a ready-made “module” for producing startups.

The required product. Tech giants often face the fact that the technology they need is not yet on the market. And everything available is often "raw", not for sale or is too expensive.

Expertise in the field of startup creation. Since startup studios, that are created in the corporations, are anyway connected with the founder, they receive the experience, expertise, contacts and information, which only enhances the whole system.

Flexibility in developing new solutions. Flexibility is a huge advantage of startups over large companies: regulations, bureaucracy and multitude of odd processes are real showstoppers at any company. By creating bureaucracy-free subsidiaries, the company will achieve even more!

Startup creation process autonomy. Companies need startups but they don’t strike roots within them, so startup studios create a suitable environment for them. If a company creates a startup studio, it usually becomes the most autonomous structure with a separate legal entity.

Startups that grew up to sustainable companies. As we know, attempts to embed startups that have just passed Pre-seed or Seed rounds often end up a failure. In a corporate studio, a startup grows up to the size of a large independent company, and, in addition, it can cooperate with the corporation and immerse itself in its processes from the very beginning.

New assets. Startup studios help companies to create new assets, which over a few years, will help them to conquer new markets and become a sustainable source of income.

Warranties. Startup studios work by a well-established mechanism, dozens of ideas are tested simultaneously: at the moment, this is one of the most effective ways to get a startup without losing a lot of resources and development time, where something suddenly went wrong.

In general, these studios operate on the same principles as free-floating venture capital studios: they grope for trends and patterns, test dozens of ideas at an accelerated pace, grow a full-fledged company from a prototype, sell it and make a profit. But there are also several important peculiarities:

A structure separate from corporations. Startup studio isn’t the parent organization department, it is a separate structure, office and legal entity (sometimes even in another city or country). The studio operates as autonomously as possible, providing the parent company only with the results of its activities.

Relevant market. The corporate studio operates in a market of interest to its parent company. This is logical: there is an advantage in the form of support, expertise and resources of the corporation. Although sometimes a studio is specially created to work with those areas and markets that the company cannot cover.

Coordinating investments with the corporation. Usually, after the team of the studio's product managers has checked the MVP and received the first sales, a special investment committee decides on the first seed investments. In corporate startup studios, such decisions must be made with the representatives of the parent company

Selling corporate startups. The company has priority rights over startups that are produced by the studio after they have matured to the desired stage.

Rainmaking Venture Studio. The studio is founded by Raimaking international incubator. They accept startups from the outside, investing in them with their own funds and funds of the main organisation.

Otto Group Digital Solution. A startup studio owned by Otto Group international company; they develop prospective ideas and create businesses in online trading, logistics, finance. The products are created not only for the parent company but for the external market.

New Product Experimentation. The company is a subsidiary of the Facebook corporation, founded in the summer of 2019. It is used to create new businesses in the Facebook ecosystem, and it also works with external startups.

Kamet Ventures. The owner of this startup studio is AXA Group investment group (headquarters in France), which invests in startups up to Round A. At the same time, AXA, as the owner of the studio, has the priority right to become the main shareholder of each company.

InnoHub. The founders of the startup studio are 3 largest Mexican holdings in various fields: finance, telecommunications, logistics. Each of them gets a stake in all newly created startups. The studio launches businesses and creates solutions for the needs of parent companies and their own SME clients.

Large companies often launch trends, which are then picked up by smaller companies. So far, only the largest and most progressive international corporations can afford to create their own startup studios since this process requires a lot of time, investments and resources. But over time, the whole venture studio working process will probably be fine-tuned, and then this tool will be used by many companies.

Interesting times shall await us: we will see a new round of competition, where not the companies themselves, not their PR departments or innovation departments, but corporate venture studios will enter the battle. Startup factories will compete, create more and more new technologies, test hundreds and thousands of ideas... It seems that progress cannot be faster than now: but such an intensive creation of new technologies and businesses will accelerate it even more!

Is it possible? And what will happen then? That we’ll have to witness ourselves. 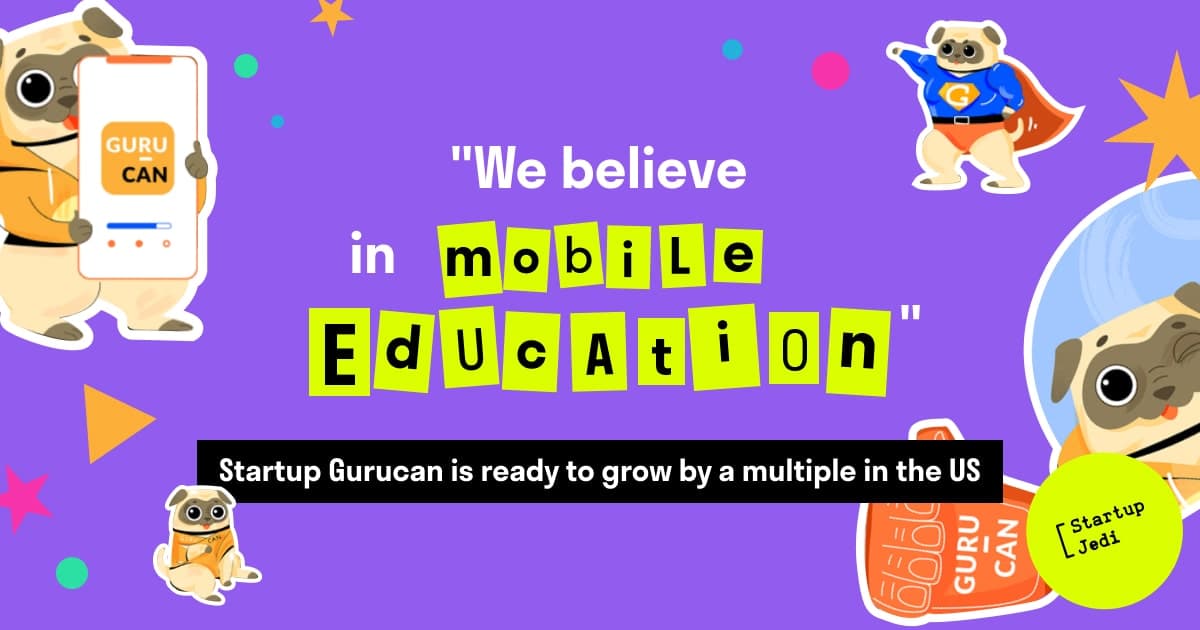 "We believe in mobile education". Gurucan is ready to scale in the USA
Gurucan CEO Timur Chernenko spoke about his product, their plans and the future of online education. 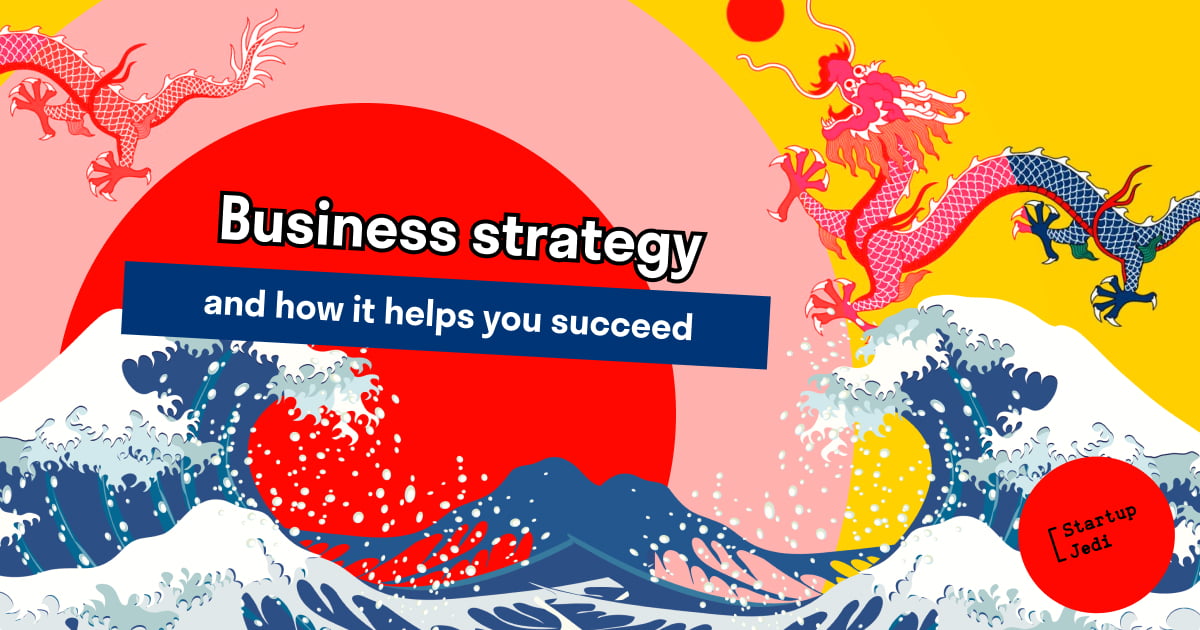 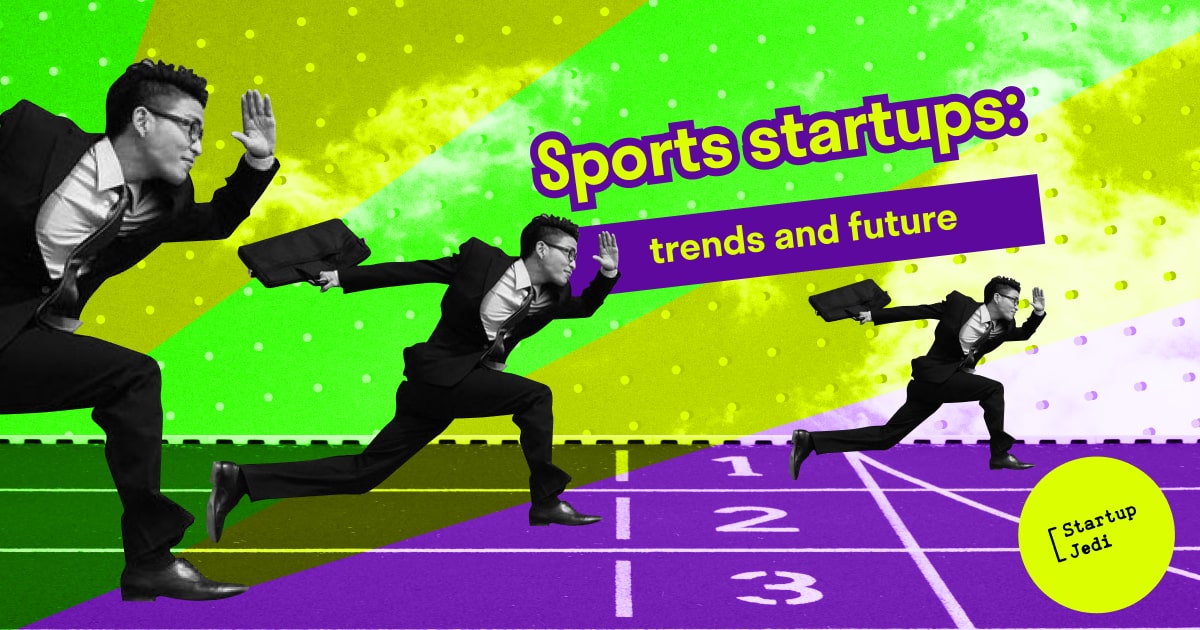 Sports startups: trends and future
What is the reason for the development of the sports sector and what startups are launched here?