Nikolas Davidov, a successful venture investor and founder of the Cherry labs startup, the “man from Silicon Valley”, shared fresh insights and a global vision of economic development in the coronavirus era. We have gathered the most interesting answers in a text. Here you will find the world after the coronavirus, the death of the Valley and the future of Tesla. 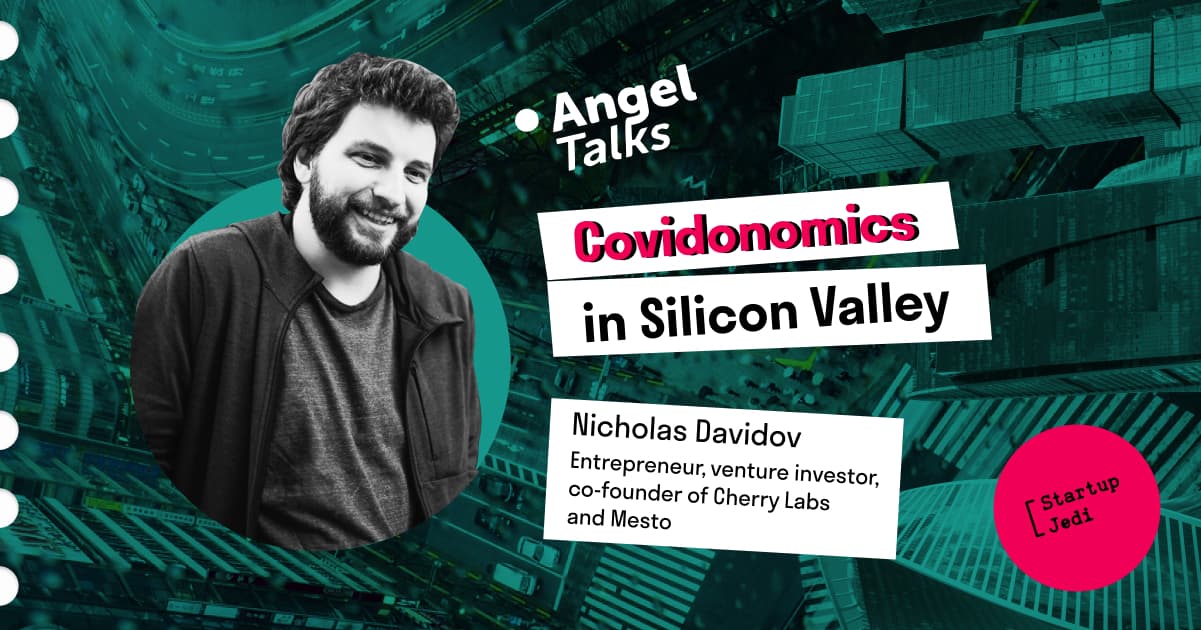 Is there a life after venture investing?

2020 was a year of difficult decisions for me: I left the Gagarin Capital fund, selling my share to a partner as I wanted to take up another project. I was fully involved in an artificial intelligence startup, we made a pivot, closed the round, and we are now awesomely developing.

Together with Andrey Doronichev, I develop the Mesto startup community — we have gathered there wonderful mentors who know how to create successful companies and products. It turned out to be an open-source community, which itself gives birth to new projects. There are chats, a search engine of the needed people, an internal accelerator.

This is such a new term that shows that the economy during a pandemic works slightly differently. The most noticeable pattern change is the absence of inflation.

The US government has printed $3 trillion, it’s a huge amount. Today, the turnover is twice as much as after the monetary easing policy in 2009. The question is: since this new money is ensured by nothing, why didn’t dollar prices rise proportionally?

I asked this question economists, and they explained this anomaly by a change in the structure of expenditures due to the pandemic. All of the printed money was distributed to companies and people: the last received their money at the bank accounts as unemployment benefits. Only a small part of this money went to consumer goods. Therefore, a noticeable rise in the price of the usual consumer basket, according to which inflation is considered, did not occur.

A very significant part of this money “drove” to the stock market because people started trying to invest. Online businesses and companies, which have become household names, have grown in value, that is to say, their brand is being considered as the name of an entire product category.

We copy papers on a copier and change diapers for a child, even if the manufacturers of the copiers and diapers are different. Today, Zoom, Netflix, Uber, DoorDash, and, of course, Tesla have become the same in the eyes of American consumers. They all received a huge influx of money into their stocks from small investors and pension funds.

As a result, money is not being spent on consumer goods, which turnover has even dropped slightly due to the pandemic. People stay at home and do less reckless purchases. Therefore, inflation is not increasing.

Curiously, prices for inexpensive houses near the headquarters of large companies have dropped significantly. “Lower castes” of workers are leaving for cheaper areas to be able to save something from their huge salaries. This is part of a long-standing trend: rich people come to the Valley, poor people leave. 2020 just accelerated this movement.

We do not yet know what will happen to the Valley later — there is a lot of controversy about it now. There is a general idea that the Valley will not stop producing several unicorns a year. Money doesn’t go anywhere, Stanford and Berkeley don’t go anywhere, and most corporations stay in the Valley.

The friend or foe rule also keeps working. If the entire team and project founders are in Russia and only come to the United States for a week a few times a year, then it is also incredibly difficult to attract money from investors from the Valley. An exception is when a startup is growing just unrealistically: this was the case with Prisma and Miro — the partners of the funds themselves flew to Russia to talk.

Today, if you are a friend in the Valley (you have success in the American market, the founders have a reputation in the local community, all team members have permission to work in the United States), then physically you can be in Bali and receive investments from investors from the Valley.

What is Tesla’s future?

The main problem for Musk and the company at the beginning of 2020 was the poor financial condition: the stock of money in the accounts was only for 3 months. It is unacceptable for such a business, but it was difficult to attract new money. The frantic rally of shares during the pandemic came just in time: Tesla now has enough cash to grow and realize its global vision. Therefore, everything will be fine.

After all, Tesla has already won the electric car market, they are already the leaders, and all the other manufacturers are hurrying after them. And Tesla has set about solving the problem of turning a car into an iPad: you can take the driver’s love to yourself if you save him from the need to drive a car.

The autonomous control, when it is implemented, will allow the car to earn money for you: first, take you to work, then deliver the child to school, make money by car sharing during the break, pick up the delivery, bring lunch to the office, and so on. This is Tesla’s new business model that will enable Musk’s team to grow globally.

You should not evaluate the modern world by the criteria of the 50s: “The more German scientists the country obtained, the more progress it has.” Today the world is global and people, when moving, do not sever all social ties. They leave, get experience, come back.

I do my best to support people who leave Russia, Belarus, Ukraine to create companies or work in the Valley. They are immersed in an advanced culture of working with a product. You can get it at home at top positions in the largest companies.

If people leave and create global companies from the Valley, then they start hiring people at home, teaching, sharing expertise. If something does not work out, then they return home much more advanced.

Industrial espionage isn’t a threat either

The wired world has lived off the industrial spies. People are more important than technology now. Knowledge is available, and practices are changing so quickly that it makes no sense to steal anything. Until you steal and you deal with the stolen, it will become irrelevant.

In the field of artificial intelligence, people stopped sending their papers to scientific conferences in advance several years ago. Not because someone could have stolen them, but its content becomes outdated in the couple of months that elapses from the writing of the report to the conference.

Perhaps in some very large and capital-intensive technologies, such as quantum computers, espionage makes sense, but on a completely different level than it was in the 50s.

Who buys startups and why?

FAANG stopped actively buying startups. Gone are the days when they have been buying one company a day. I talked with people who are looking for startups for corporations, and a lot of them left their jobs. Dave Saturday, who had bought YouTube, went to the Hedge Fund.

It happens because the largest tech companies have become so big that they are threatened with forced separation. Just as Standard Oil was divided in due time, Facebook can be divided tomorrow.

Carrying out new acquisitions in such conditions is not a good idea. Why provoke? Therefore, corporations today buy only what they desperately need. And more often not for the sake of technology and products, but the sake of people.

It is impossible to grow people with a strong entrepreneurial spirit inside a large company. In the corporate world, only success can be encouraged, otherwise, everything will fall apart. And for really disruptive decisions, you need to be able to take risks and fail. Therefore, the startup ecosystem encourages trying.

A startup without fear of risking gives the corporation much more for 4 years of vesting than the purchase price of their startup. Look at Sberbank: they started buying startups, providing founders with very cool conditions for the Russian market, and in just a year they launched a lot of new products.

The decreased FAANG’s startup buying activity allows other corporations to also attract talented guys who are ready to take responsibility — and they will undoubtedly take advantage of it.

I believe in several directions. The first one is flexible robotics, which is a cheap solution that replaces humans. It takes half the money to exploit, and it pays off in two years. And, no less important for the employer, the robot does not get sick, does not take days off, and does not join a labour union.

We have invested in several of these robots in Gagarin. Recently, like an angel, I invested in a company that makes a vision for such robots. This is one of the stories that I strongly believe in.

Another huge growing market is the digitalization of industrial enterprises. The pandemic gave him a huge boost, all large companies saw how difficult it is to manage processes if there is no way to go to the office.

In general, wherever you look, everything grows. It is easier to evaluate specific companies based on their results, and not just take some markets and research them. Sometimes I have a different tactic: I know that the largest five corporations have certain needs and I am looking for suitable startups for them to invest in.

We have not seen a single new trend. That’s all. We see just fast forward: what should have lasted five years happened in a year. And this is good.

2020 has become the year of fast forward. All the trends that have been unhurriedly developing for a long time have noticeably intensified. Remote work, de-urbanization, telemedicine — all of this has happened before, the pandemic has only accelerated them. 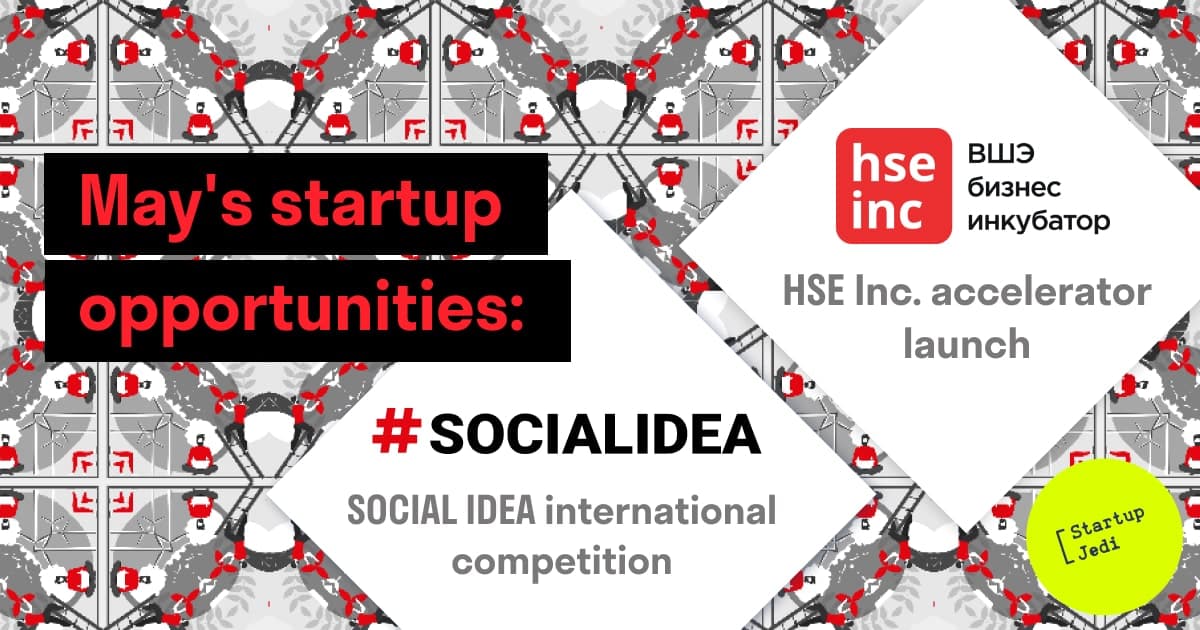 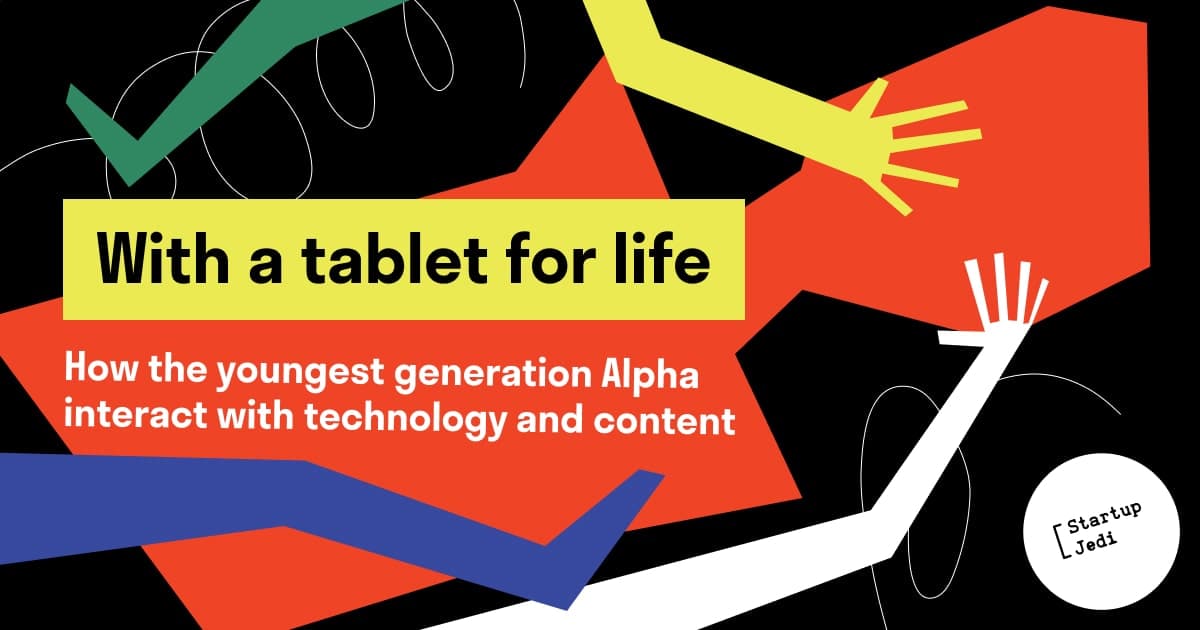 Getting to know the iGeneration: how Alphas interact with content and technology
Talking about how alpha use technology and what content they consume. 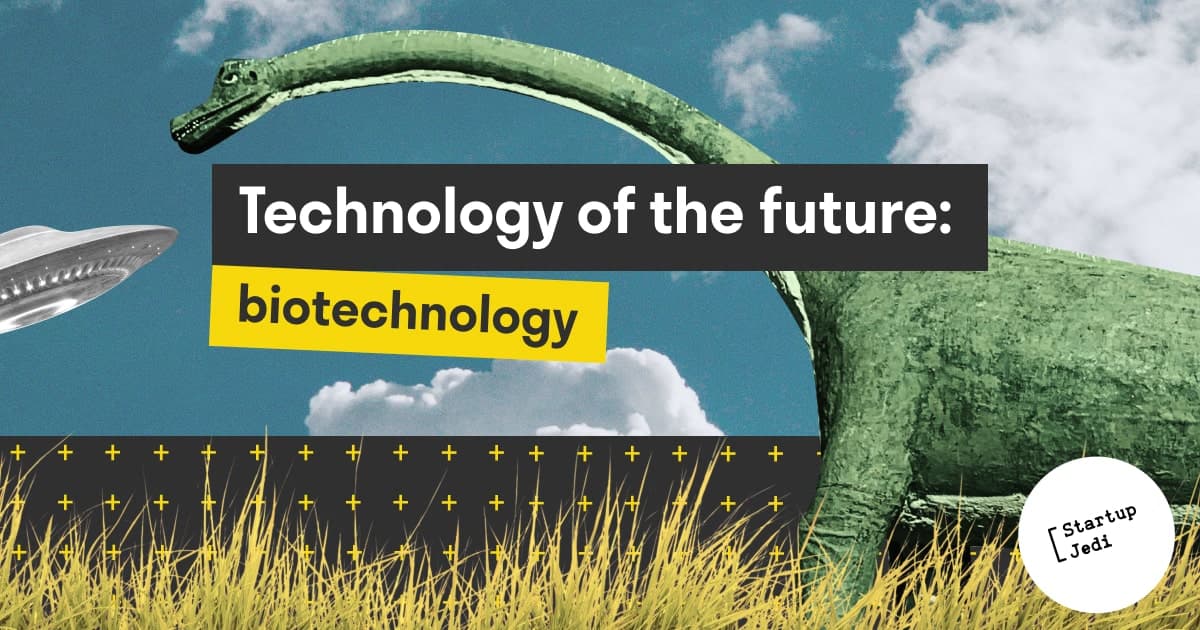