New unicorns in the first half of 2021

A valuation of 221 companies has reached $1B before August 2021, we look at those countries and segments where these unicorns mainly come from. 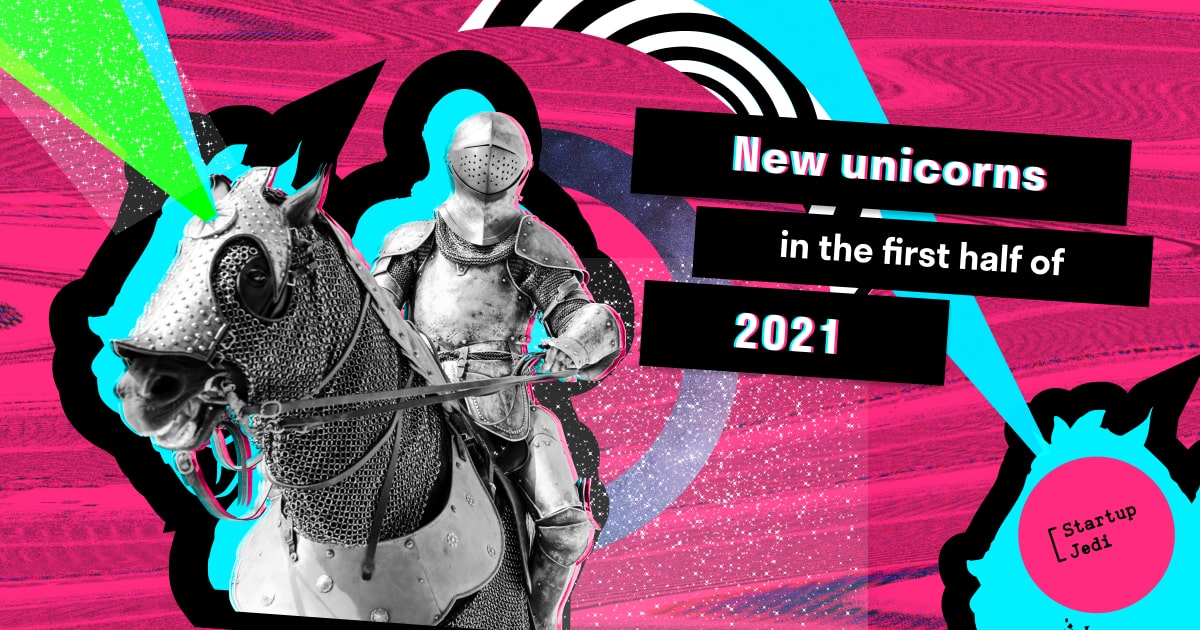 In today's article we will talk about unicorns. These are companies that have reached a valuation of $1B. But the list would be too long as their number is approaching 600. So we will focus on those of them who crossed this milestone before August 2021 instead. There are still 221 of them, so we will try to characterize those countries and segments where these unicorns mainly come from.

The beginning of the year was relatively calm with only 11 companies in the world whose capitalization exceeded $1B. At the same time, one company definitely stands out on this list. Pavel Durov’s Telegram, which settled in the UAE and raised a round of funding receiving an estimate of $30B, became the largest unicorn of the month. In second place is Rivian, a US automaker with an estimate of $27.6B. Closing the top three in terms of capitalization is Checkout.com —  a financial service behind many major players in the e-commerce market. In January 2021, its valuation was $15B. We would also like to note another American company with Ukrainian roots GitLab, with an estimated $6B.

Of the 11 unicorns in January, 4 are from the US, 2 are from China, including Hong Kong, and one each is from Brazil, Great Britain, Germany, India and the United Arab Emirates. 3 companies deal with software, the rest of the segments are automotive industry, Internet, AI, furniture, retail, technology and financial services.

The growing number of unicorns was already noticeable in February, which exceeded the number of the first month of the year with 14 companies reaching an estimate of over $1B. The largest and best-known company is undoubtedly SpaceX, one of Elon Musk's companies, valued at $74B. In second place is another American company, Databricks, representing the software segment, with an estimate of $28B, and in third place is Chinese e-commerce company Shein, which reached $15B. It is worth noting that at the same time in February, the estimate of $1B was surpassed by the company, which many know as the "home page of the Internet", Reddit that was valued at $6B.

Of the 14 "unicorns" in February, 6 are "pure" Americans, two more are companies representing both the United States and India, as well as the United States and Portugal, two companies are from China, and one "unicorn" was born each in Israel, India and Switzerland. By market segment, 2 companies each represent health care, financial services and e-commerce. The rest are related to the Internet, software development, aerospace technology, food delivery and robotics.

The end of the first quarter of 2021 was marked by a record number of “unicorns”, which has not been broken so far as 58 reached the valuation of over $1B. The March capitalization record belongs to the financial service Stripe, which reached a capitalization of $95B, just a little short of the title of "super unicorn" —  a company that reached a valuation of $100B. In second place is a representative of the retail segment InstaCart, whose valuation was $39B. Fanatics, an American e-commerce company, ranks third by capitalization for March 2021. It was estimated at $12.8B. Note that March was the only month when all three leaders in terms of capitalization represent one country —  the United States.

If we talk about the countries where unicorns appeared, then 11 companies are from the United States, another 4 are joint ventures, two of which are the United States and Israel, one each for the United States and Portugal, as well as the United States and India. 4 companies represent India, 3 each from Canada and the UK, 2 each from Germany, one start-up each from Australia, Austria, Israel, China, Nigeria, Singapore, France, Sweden and Japan. Segment-wise 7 are financial services, and a few more are associated with them (insurance, cryptocurrency and intellectual property). Note that the segments of marketing, video games, cybersecurity, travel and virtual events, cloud computing and, of course, e-commerce are also active.

Although the “birth rate” of unicorns was still high, the second spring month could not come close to the March indicators. A total of 29 companies surpassed the $1B valuation in April 2021. At the beginning of the second spring month, China entered the arena. ByteFence reached a capitalization of $400B, which remains a record to date. The capitalization of the second company in April was 10 times lower! And if you don't know the name of the company, then you will definitely recognize one of its flagship products —  TikTok, which was one of the sponsors of the recent football European championship. The "Silver Medalist" of April is also the representative of the Asian region —  the Singaporean company Grab with an estimate of $40B, and in third place is the well-known video game manufacturer Epic Games, an American company that was valued at $28.7B.

Geographically the April unicorns are quite diverse with 7 companies from India, 2 more being joint ventures of India and the USA, 6 coming from the USA, one American-Israeli company, 4 companies from Sweden, 2 from Indonesia, one each from Australia, Canada, China, Mexico, France and Singapore. The leaders again are financial companies and health care, as well as companies in the field of the Internet, e-commerce, logistics, food delivery, and even a social network from India.

May turned out to be a rather modest month in terms of capitalization and even less active than April in terms of the number of unicorns. Only 22 companies received an estimate of $1B or more, while the highest estimate was only $4B reached by two at once: Brazilian QuintoAndar and Canadian Wealthsimple. In second place with a small margin is another American company VAST Data, valued at $3.7B, while an American NetDocuments closes the top three in terms of capitalization in May with an estimate of $1.4B. Among the geographically closest countries to us, we note Latvia, with its unicorn Printful that has reached a capitalization of $1B.

May unicorns are also geographically diverse as they represent almost all continents with the exception of Africa. On the American continent, 4 companies represent the United States, 3 are from Canada, one each from Mexico and Brazil, and one more  jointly from the United States and Israel. Europe is represented by Latvia, Norway and France. Traditionally, Asia is dominated by India with 5 unicorns, and one more is the joint work of India and Singapore. One each from China and Japan. Australia in May also marked its own "unicorn" —  the tech company SafetyCulture.

Despite the fact that the largest valuation company in May is QuintoAndar from the real estate sector, the financial sector remains the leader in terms of the number of “unicorns”, represented by six companies at once. May also had companies in retail and logistics, but the Canadian company Tenstorrent, which deals with semiconductors is worth noting individually.

The geography of "unicorns" is also quite extensive —  from Ireland and Sweden to Thailand. A joint venture between the United States and Pakistan —  GetTrucking in logistics, as well as Trulioo identity verification company from Canada are worth noting. Turkey is represented by two completely different companies — Dream Games from the video game industry and the retail company Getir.

At the same time, July repeated the record of the previous month in terms of the amount of world capital —  $61B, and the average monthly amount of investments also rose to $50B because of July.

It is clearly too early to sum up the results of the year after just 7 months, and we will definitely get back to the overview of companies that became unicorns in 2021. Moreover, the autumn promises to be quite fruitful for unicorns. One of the most anticipated has already been the IPO of Robinhood, which made headlines earlier this year due to the WallStreetBets on Reddit. Most likely, besides the New York Stock Exchange, several unicorns will be born in the Asian region. Also, don't discount SPAC, an increasingly popular method to bypass IPOs but still get public. 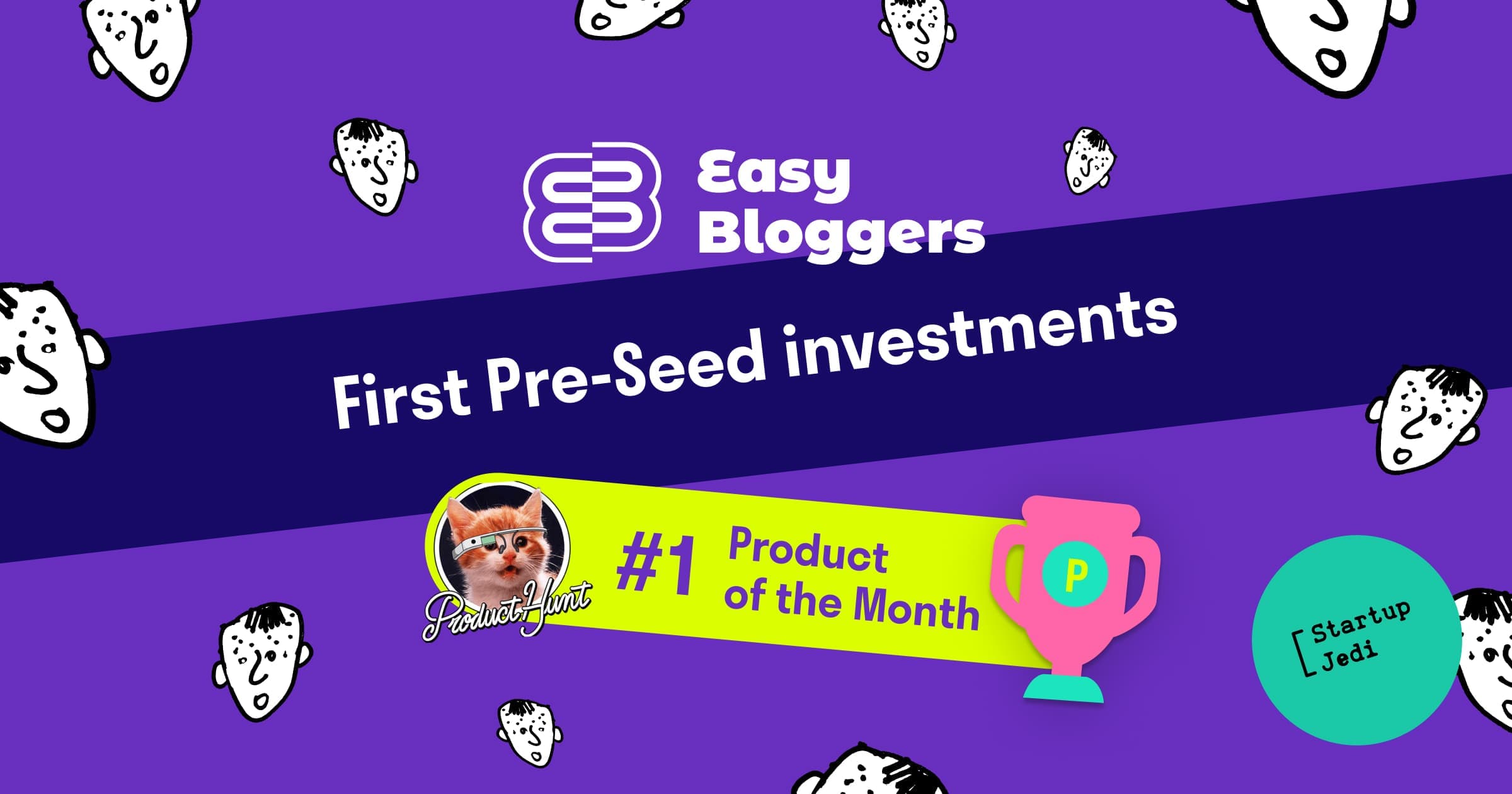 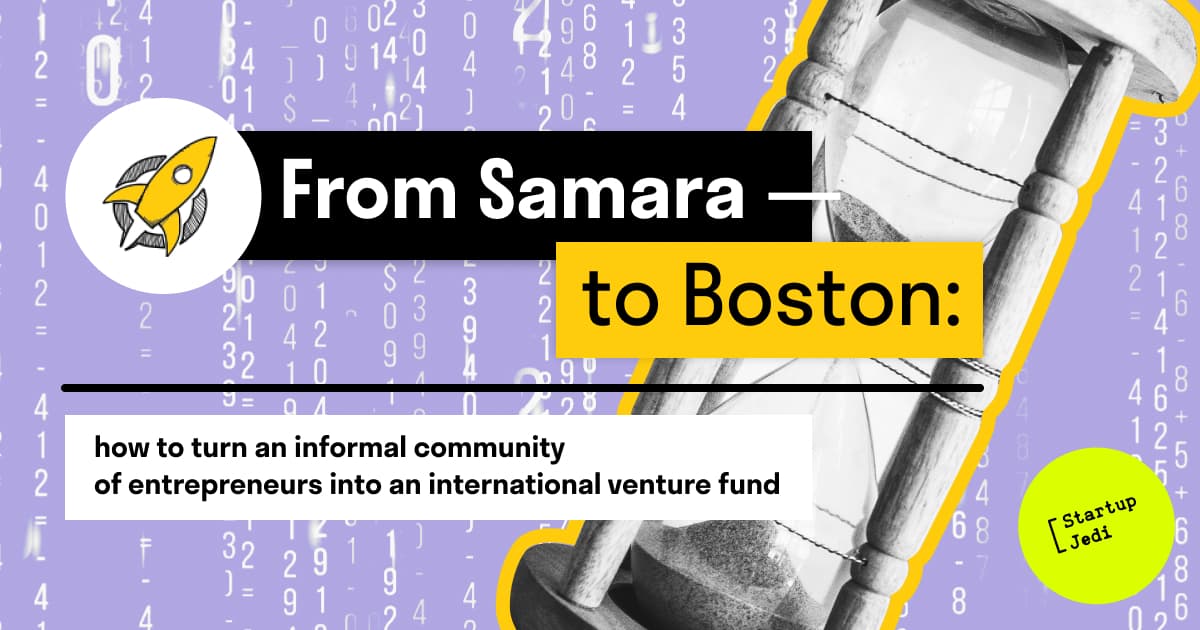 From Samara to Boston: how to turn an informal community of entrepreneurs into an international vent
Talked about an extraordinary path of the fund with Sergey Bogdanov, founder and CEO of YellowRockets. 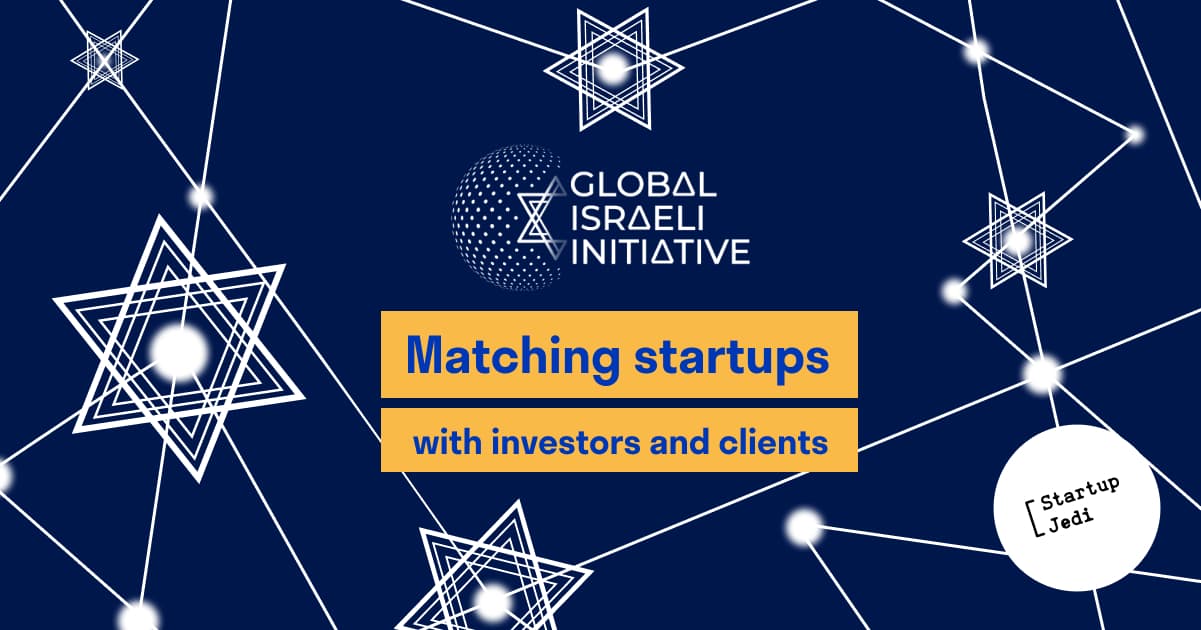