India needs your money, but not expertise. They have enough of their own "brains" and ambitions: annually,  technological institutes produce 1 million specialists. If you want to bring a company here in the hope of getting rich in a rapidly growing market, it will be difficult for you. But if you are an investor who wants to invest profitably, you have a better chance of success. 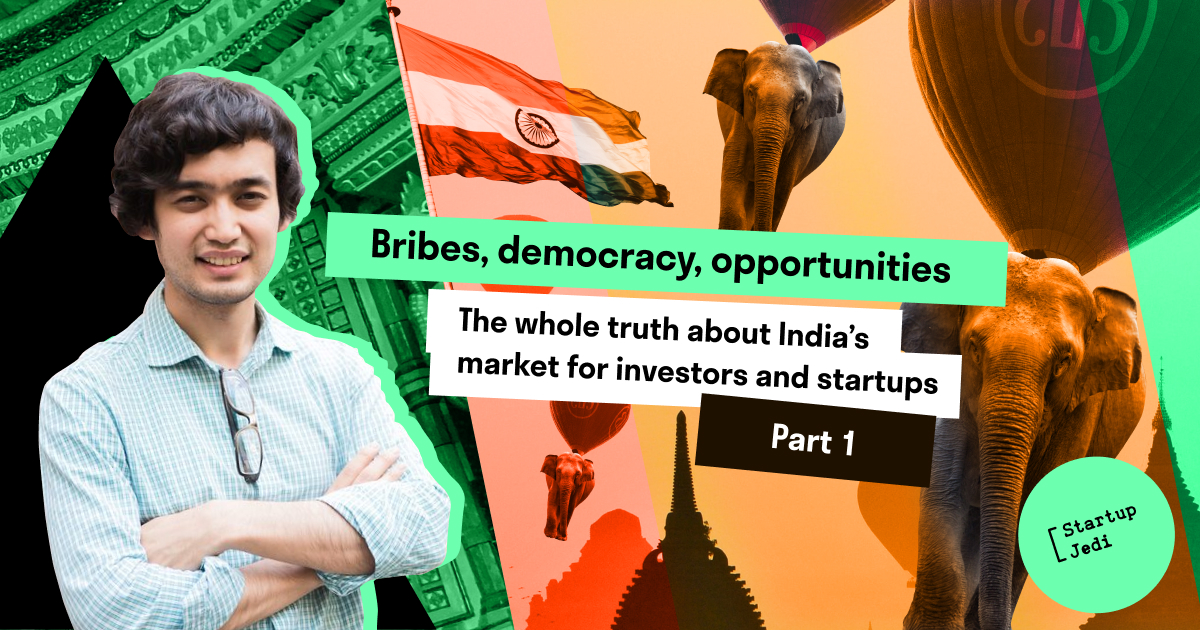 Arman Suleimenov, CEO and founder of Zero To One Labs and nFactorial Incubator, lived in India for two years, doing FinTech projects. He faced the peculiarities of Indian business culture and mentality, and honestly told Startup Jedi about it. Including what you’ll not find in the auditors’ reports.

India is one of the fastest growing economies in the world. It is now the world’s fifth largest. It has a lot of features, and one of the key things about it is that it doesn’t grow from good to better, but from bad to good. It is called the «hidden tiger» and the «sleeping giant» for a reason.

GDP is growing at an average rate of 7% per annum — the rate is higher than that of China. Thanks to the liberalization of the economy, it has increased by 700% since 1995. The evolution of the Indian market is somewhat similar to the spontaneous growth in the early 1990s in the post-Soviet countries. But it is much faster and qualitatively different because of the penetration of technology and globalization.

The future drivers of the economy are people under the age of 25, there are 650 million of them here. In 10 years, it will be a different country, and so far, according to Goldman Sachs, the entire population can be divided into three different segments of income and activity. 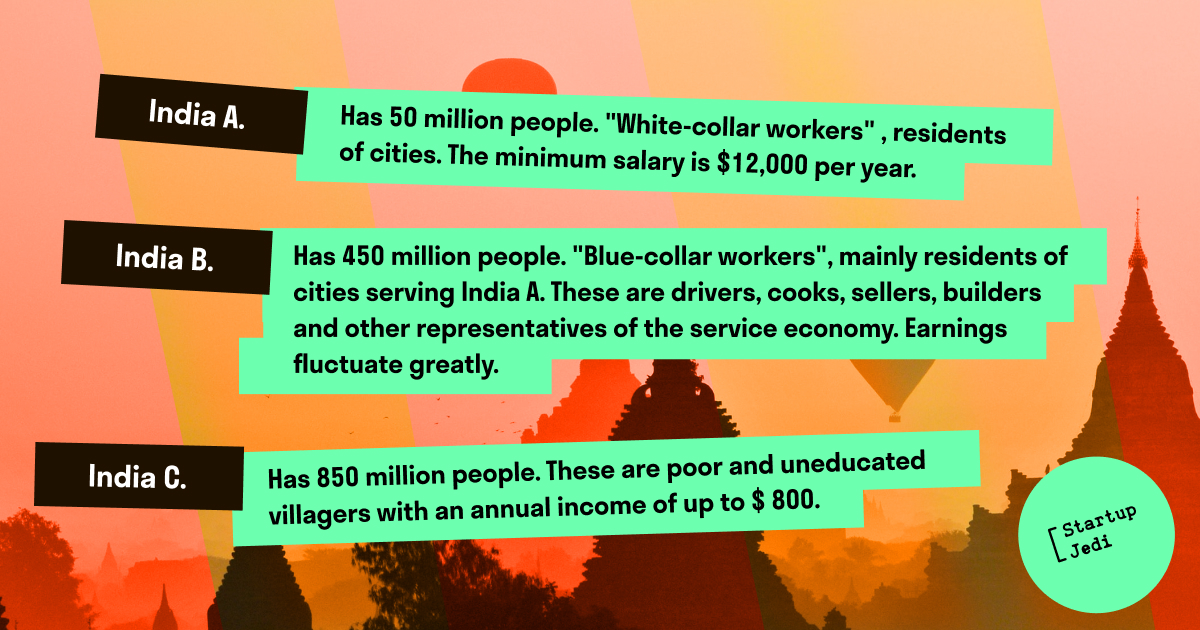 By and large, 850 million people from group C are insolvent. The audience of classical business and startups is 500 million people from India A and B. At the same time, the transition from С → B and B → A is very fast, the paying audience is growing. This is a consequence of urbanization, the penetration of the Internet and education.

In 2016, there was a reform of demonetization, which was perceived ambiguously. But as a result, the turnover of cash has decreased, non-cash payments have increased, and now about 1 billion people have bank accounts. However, credit products are available only to those who receive an official salary on the card, that is, only 40 million people. This is unfair, because in “India B” there is a large mass of people with a regular income in cash.

India is the second largest consumer internet market in the world with 700+ million Internet users. In terms of audience size, it still lags behind China, but it can surpass it, since it is not so regulated and develops in an open global ecosystem: global social networks that are not available in China work here. Internet penetration increased from 7.5% in 2010 to 51% in 2020.

There are three prerequisites that laid the foundation for the rapid growth of the country’s IT sector.

1. There is a network of strong technological institutes in India

Back in the 60s, Prime Minister Jawaharlal Nehru took the initiative to create a network of IT universities. Since then, 23 information technology institutes have been opened. Now these educational institutions are one of the most popular among applicants, only 1% of applicants go there.

2. India is the world’s outsourcing capital since the 1980s

There are many jokes about Indian developers and their code on «crutches» but it happened that the presence of such IT-segment in many laid the basis for the start-up movement. As early as 1986, India adopted a State programme for the development and export of software. It has officially designated this sector as the key to the development of the national economy.

As for the “crooked” code, it is essential to understand that in India there are more than 1 million graduates in IT specialties per year. In such a number, there will inevitably be low-skilled developers. And just now they go to outsourcing companies that hire” gallery owners “ by the thousands, and by the standards of the industry they pay them little, about $400 a month. Good developers will not go to work for such money. But this does not mean that all Indian specialists are on this level.

3. Striving for independence and a better life

To varying degrees, India was a colony of England for 190 years, from 1757 to 1947. And now they appreciate independence, rights and private property. And work in the IT sphere — «travel to life» and financial autonomy.

It can be said that today India is the largest democracy in the world.That is why, some processes are taking place here more slowly than in centralized communist China, but this is worthy of praise. For example, the construction of a high-speed railway from Mumbai to Delhi is now being completed. The construction has been going on for 10 years, and it is precisely democracy and the rule of law that slows down the process! The fact is that the developer is forced to negotiate with many thousands of peasants, on whose lands the railway line passes. And the company cannot select the territories by itself or by the decision of the government.

India has the second largest number of startups in the world. Companies that fit the classical definition of the term «startup», here approximately 39 thousand, of which about 7 thousand are serious technological projects. In the number of «unicorns» — 51 — India overtakes only the USA and China. Of these 16 «unicorns» appeared in 2021. 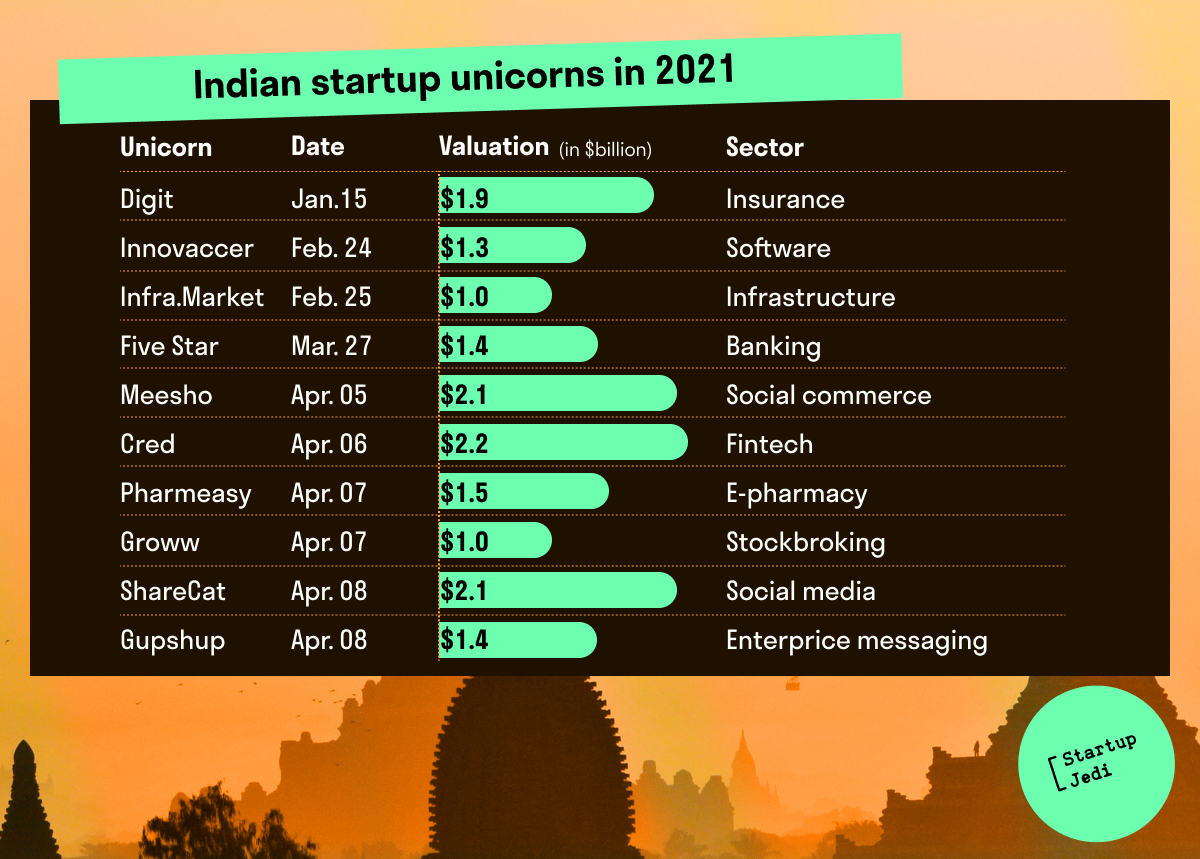 The country’s universities produce 7 million young specialists a year, 55% of whom prefer to work in startups rather than corporations. And this is despite the fact that all global companies here are fighting for promising developers already in the 4th, last year of the university. In 5–7 years, a talented specialist will have an annual salary of $70,000 — $100,000. This is about half as much as in the United States, but it is also five times cheaper to live in India than in America. It would seem that this is an ideal option — but no, young people want to start startups.

The e-Commerce niche is already quite saturated, now the FinTech, EdTech, HealthTech and WellTech sectors are growing rapidly. This reflects the problems and needs of the Indian society in access to financial services, quality medicine and good education.

The average age of startup founders is 31 years. The centers of attraction of IT companies of different caliber are Bangalore, Mumbai, New Delhi and the National Capital Region (NCR). 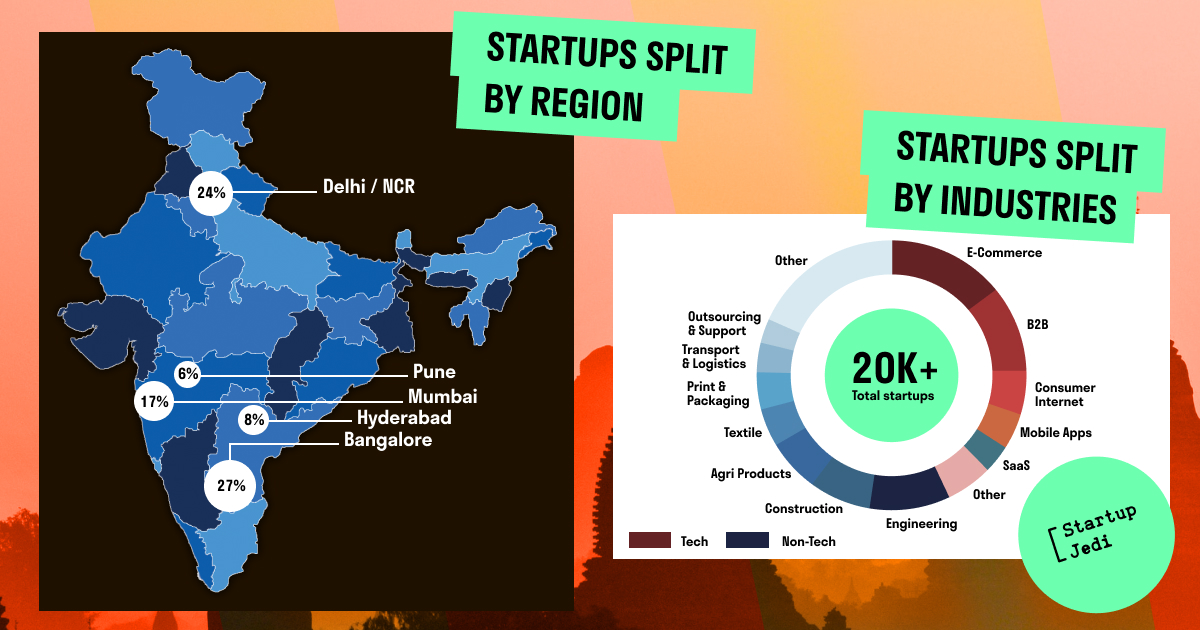 India has offices of all major American venture capital funds such as Tiger Global, Sequoia Capital and Accel. The home market of institutional investors is also quite mature. The strongest local funds, however, tend to be Indian-American.

The main external money flows come from the US and China to the venture economy. There are Japanese investors in the market, but they are more conservative and prefer to invest in more predictable real estate industries,Private Equity.

The Indian startup market lags behind the Chinese by 6–8 years, so local entrepreneurs often travel to China to «see their future», as they themselves say.

Accelerators are not as good as foundations. This makes early startups harder. There are no local high-level accelerators, and top startups are trying to get into Y Combinator, and from 2019 interviews and training can take place in Bangalore. In addition to Y Combinator there are offices of 500 Startups and other accelerators.

Startup India Portal. Here you can join the ecosystem as a startup, investor or mentor. This is a state-owned hub that tries to unite all the players in the country’s venture capital market.

MeitY Startup Hub. This hub from the Ministry of Economy and Information Technologies reflects the desire of the government of the country for soft monopoly control over the industry. It was created as a center for coordinating and monitoring the startup ecosystem of India. Now it consists of 2,502 startups, 400 business incubators and 332 mentors. 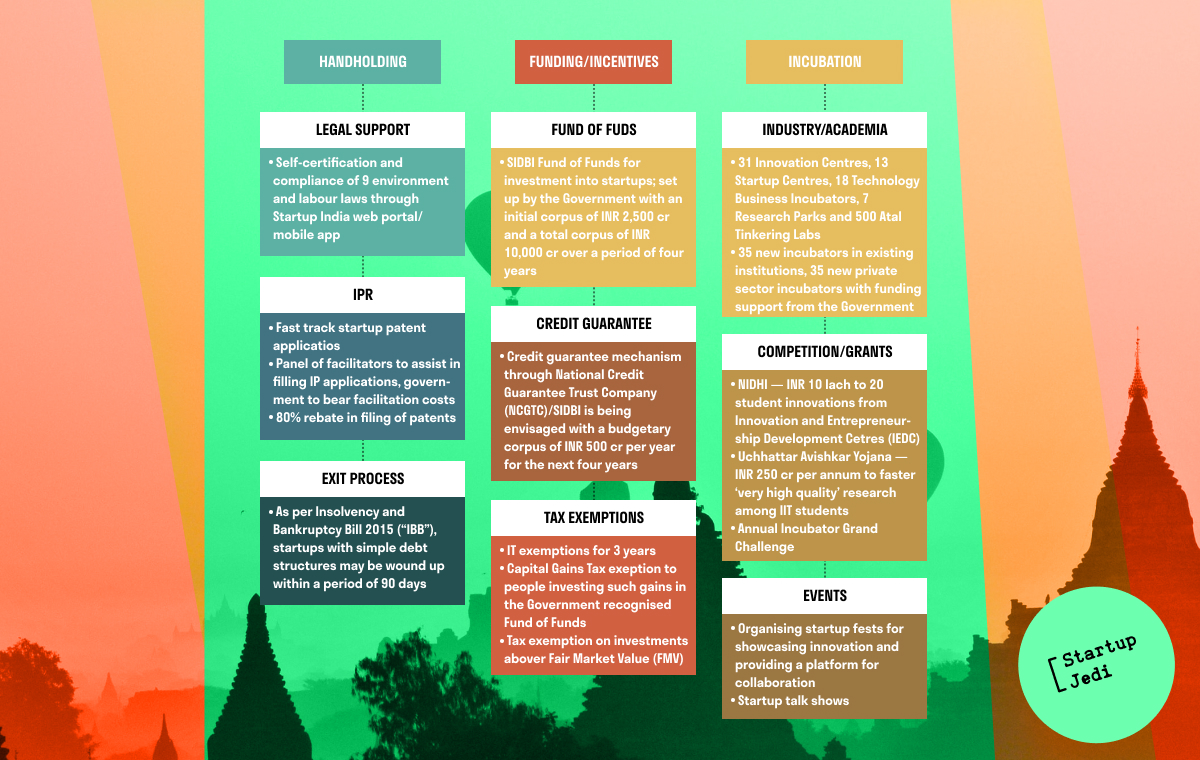 PayTm — an electronic wallet and a platform where you can buy almost anything. The Indian equivalent of WeChat with 350 million users. Right now, the company is preparing an IPO for $2.2 billion, as a result of which the startup’s valuation can grow to $24 — $30 billion.

Flipkart — e-Commerce is a giant, an analogue of Amazon. Wallmart bought 77% of the company for $16 billion.

Swiggy — food delivery service. Founded in 2014, it has shown rapid growth and in 2018 attracted $1 billion from a number of international funds. Now Swiggy works in 100 cities of India, delivering not only food, but also documents, correspondence, and clothes from laundries. 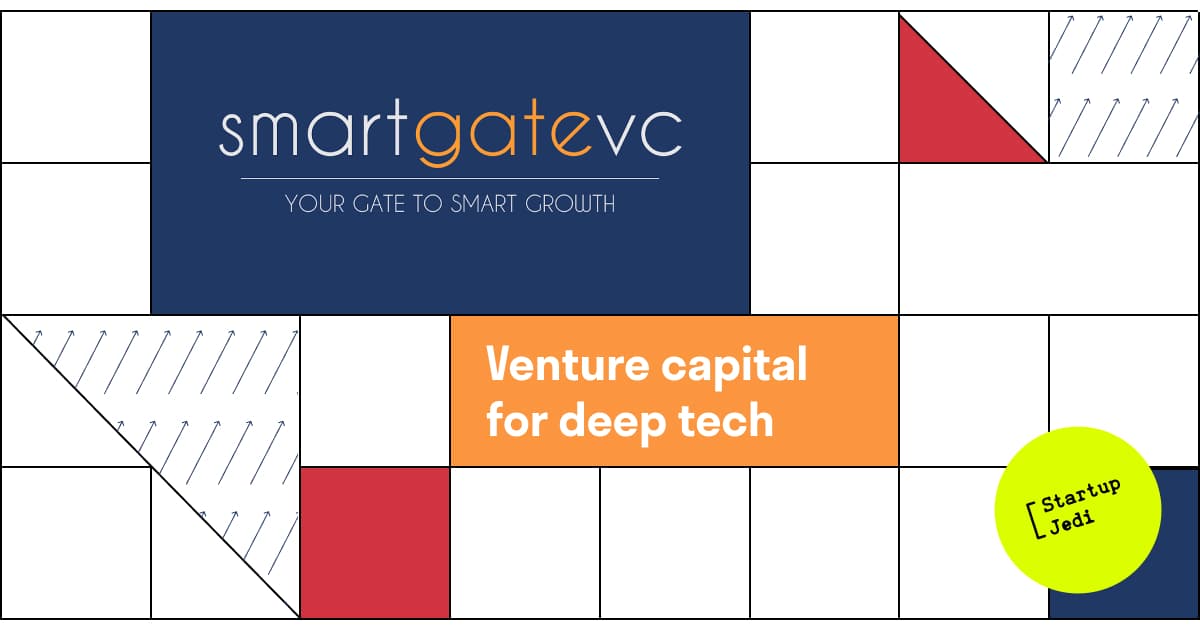 The culture of communication, ecosystem and trends: how the SmartGateVC fund works
The Managing Partner of the Fund Ambartsum Kahketsyan shared the insights about SmartGateVC. 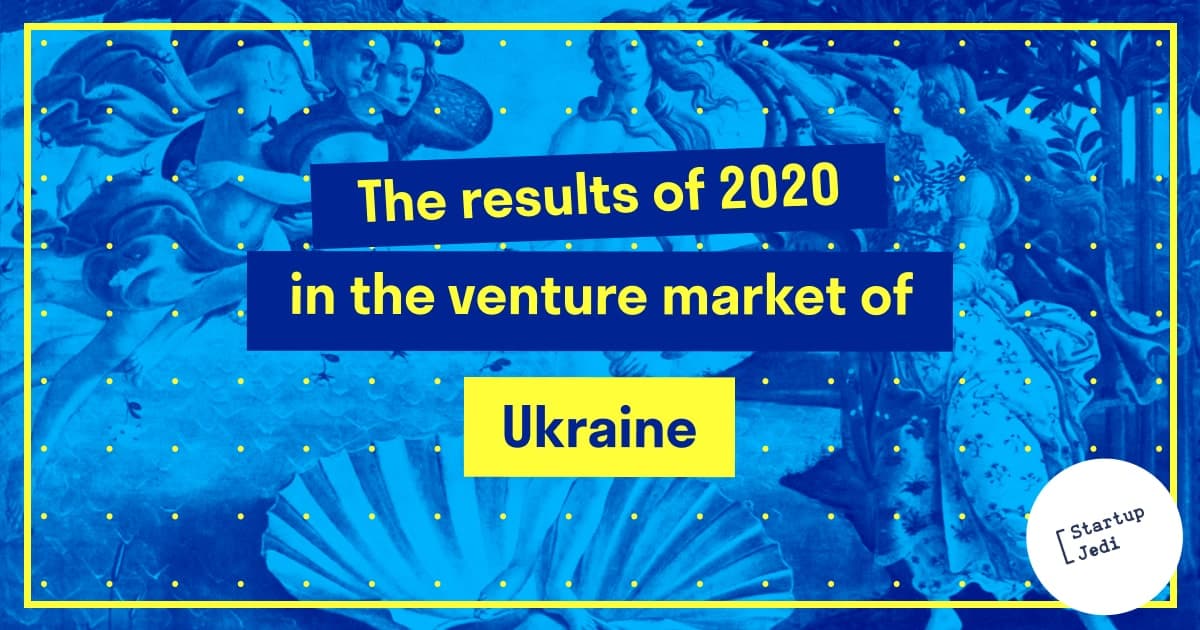 2020 Recap for Venture in Ukraine
Talking about the events in the Ukrainian venture capital market in 2020. 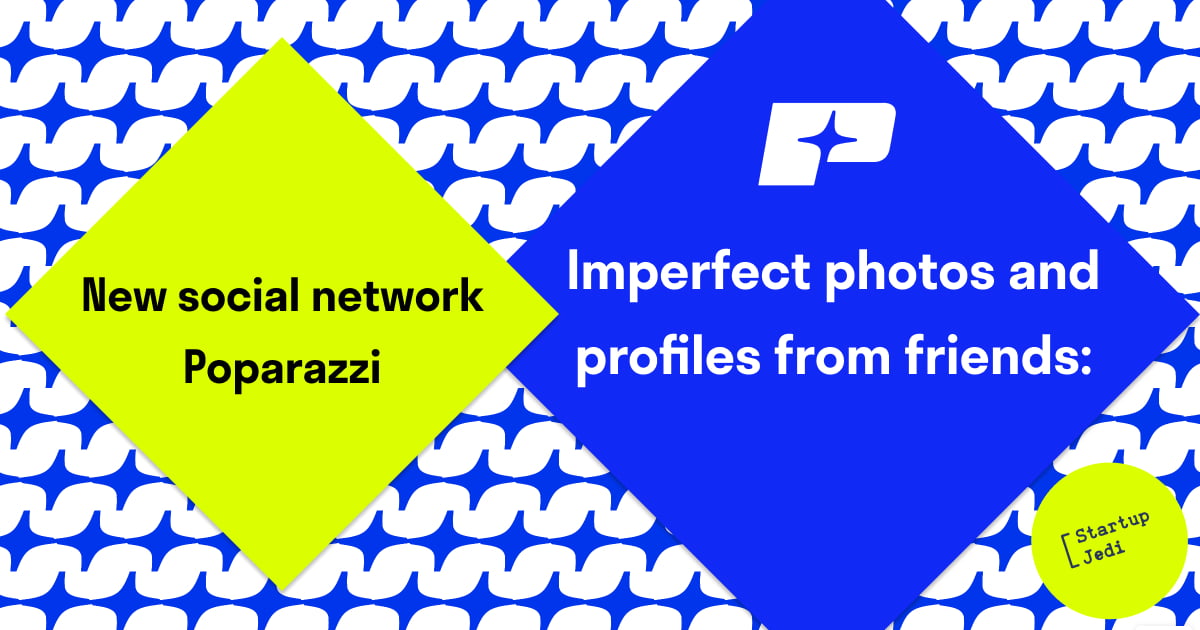 4 days after launch and $100M valuation for social network Poparazzi
A new hero on the “scene” of a rapid rise in valuation.