DISC colourful typology: everyone is strange or is it me?

The members of the startup team often have to grapple with misunderstandings in the process of communication and the famous phrase “Treat others the same way you’d like to be treated” doesn’t always function in a work environment. For successful communication, it is better to treat the interlocutors exactly the way they want it. Try to analyze the behaviour of your partners and adapt your actions accordingly. 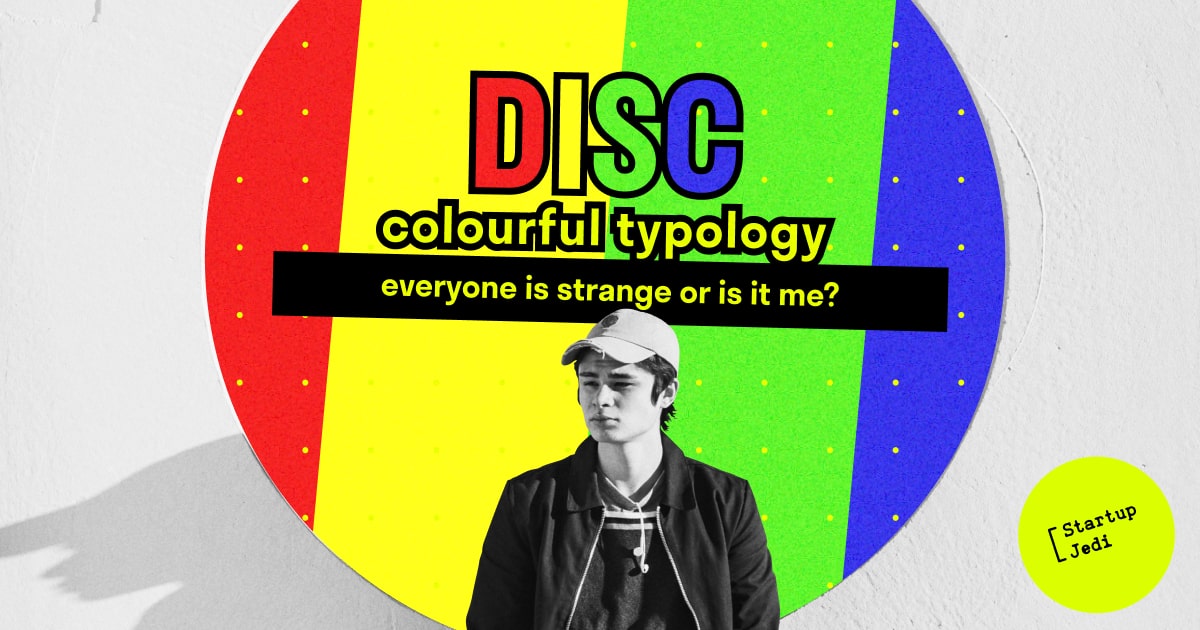 William Marston, an American psychologist, inventor of the polygraph and PR director of Universal observed the behaviour of people in different situations. He drew attention to how differently people perceive and react to their environment and categorized them into four colour categories. He described his observations in the form of the DISC model in his book “Emotions of Healthy People” in 1928, and later on, the American psychologist John Geyer examined it in more depth and formulated the first detailed assessment criteria by creating tests for determining personality.

The model looks like a circle, divided into 4 sections:

D — Dominance — red which indicates how people deal with difficulties and problems.

I — Influence — yellow indicates how people interact with people. 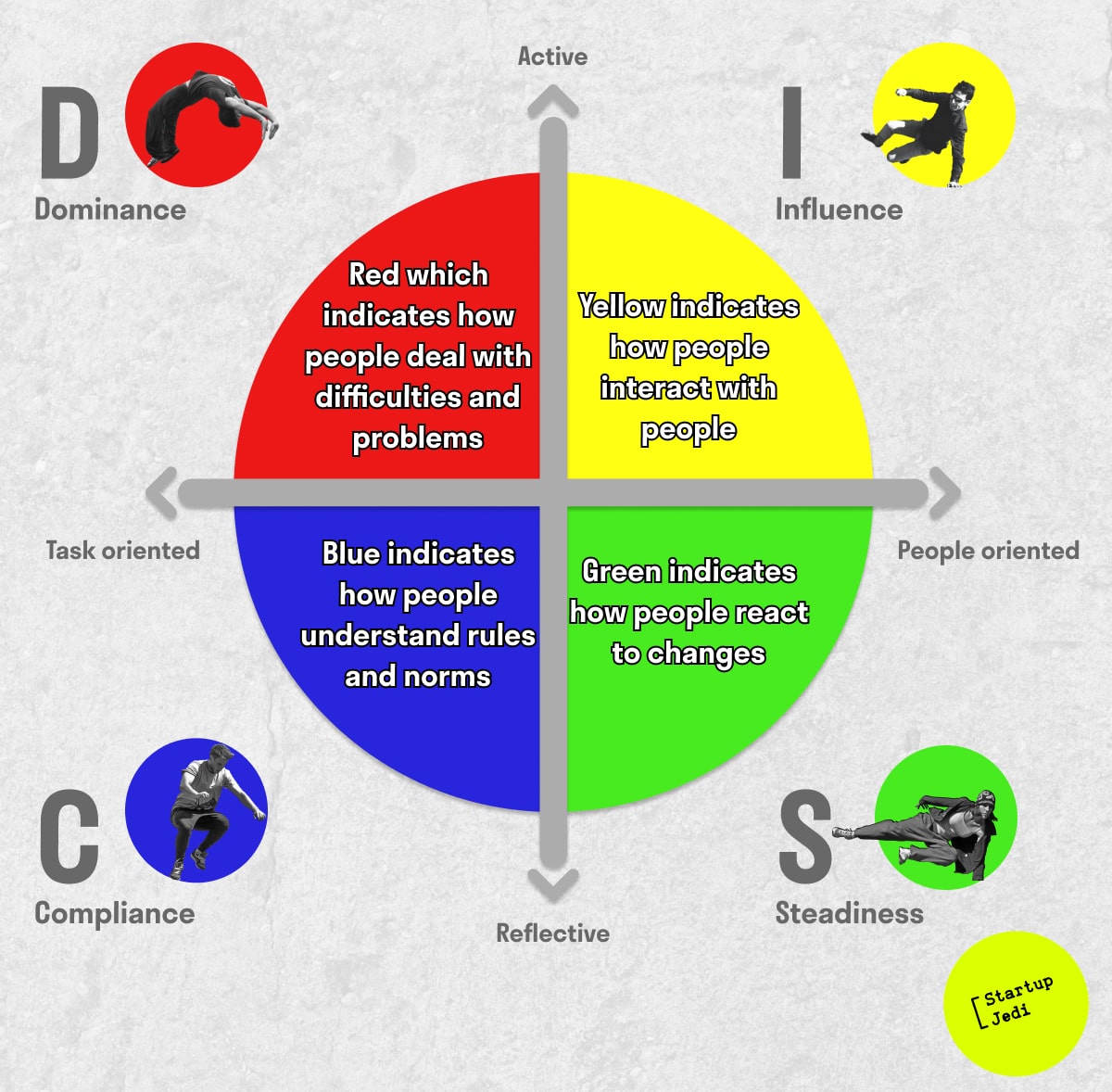 It is possible to notice similarities with the four types of temperament that Hippocrates studied in the 4th century BC and this is a completely correct observation. According to the teachings of Hippocrates, people could also be conditionally divided into four types, depending on the amount of certain fluids in the body. Let's combine both typologies: active sanguine (blood) — red, impulsive choleric (yellow bile) — yellow, calm phlegmatic (lymph) — green, cautious melancholic (black bile) — blue. In both cases, people can have mixed types of personalities, but usually only one dominates.

Let’s take a closer look at the DISC model.

Red always go forward, they aren’t afraid of difficulties, they see the goal and follow it. Their motto is “Nothing is impossible”. Reds are impatient, value their time and don’t like to ramble on. They can quickly analyze the situation and then honestly and impartially express their opinion, which may seem too harsh and inappropriately for others. Reds aren’t afraid of conflicts, disputes are their style of communication and an integral part of the conversation. These people may seem quite selfish and self-confident but they’re always ready to take responsibility and make decisions, which is an important quality of any leader. Usually, people may feel uncomfortable surrounded by reds; they can feel pressure, as it is important for reds to control the situation and to know more than others. The Reds are actively interested in everything happening around them but the details are inconsiderable.

Example: I think that one of our Red employees has to speak to the management with a proposal to restructure the department. They won’t be intimidated by the negative reaction of the management and will be able to prove that the company needs it.

Yellow are the most sociable and emotionally liberated people. They are easy-going, trying to cheer up those around them and trying to stay positive all the time. Yellows can defuse any uncomfortable situation with a joke but sometimes people around them can get tired of excessive fussiness and talkativeness. Compared to reds, both colours are quick to make decisions, but unlike reds, yellows often cannot explain why they did something.

Example: It’s getting really boring, so it’s time to find some fresh blood. We urgently need a yellow candidate for the position of copywriter/designer!

Greens are associated with calmness and regularity. They are distinguished by their desire to create harmony around themselves. For these people, it is important to have stability and balance in everything that surrounds them, therefore greens can be quite conservative. They are great listeners, their words can have a calming effect on others. Greens try to avoid conflicts and they are very patient; often, they go with the flow, try not to show excessive initiative and in most cases, greens believe that all problems will solve themselves.

Nevertheless, greens can be persistent, they are quite capable of slowly but surely persuading a person to change their point of view without any aggression. They are often too gullible and naive, they trust the opinion of people whom they look up to more than the obvious facts. Greens, like true altruists, can sacrifice their own desires for something more important for humanity.

Example: — The green assistant of our CEO can always find time for an appointment with the boss, even if the boss doesn’t have time at all. Talk to him and he’ll figure out something for you.

The blue are the most careful, silent, tidy and scrupulous of the four. For these people, the way of solving a problem is always more important than the solution itself. They are always busy as they double-check their actions and work their way non-stop through the avalanche of information, hoping that they will find something else. Blues are inherent in logical and rational thinking, they don’t perceive the abstract, so they always need specifics and proof. It often happens that due to the obsession with details, mistakes and potential consequences, blues look like boring pessimists. In addition, it may seem that they find fault with others but they know so many useful things that people are feeling in complete safety with them and feel that greens are in control of the situation. Therefore, if you need to make a report, solve a multi-level complex problem or find information, then blues will do the best of it.

Example: Call somebody from blues, we need help with this Excel table!

In order to confirm that all people can be categorized according to the DISC method, you can ask the participants distributed by colour groups to create something new: for example, come up with a brand of a product and give it a presentation. People from the same colour groups will have similar ideas.

One day, a group of coaches at a business school ran an experiment. After the DISC test, the participants were divided into groups by colour and given the task: to build a paper tower from scrap materials within a certain time.

Loudly and emotionally participating in the process, the Reds built the bulky and lopsided tower faster than anyone else.

The Blue tower turned out to be as simple, neat and stable as possible as if the team used all their knowledge of strength materials and took into account all the principles of ergonomics.

The tower of the Yellows looked original with creative colourful inserts and stickers.

The Greens didn’t have time to build even half of the tower. They talked a lot with each other and didn’t notice that time had passed, but they agreed on future joint work projects.

Thus, defining the personality with the help of the DISC method can help avoid conflict situations in the team and select the right people to perform the required tasks.

Detailed tests for DISC are paid but the following links can be used as introductory materials: 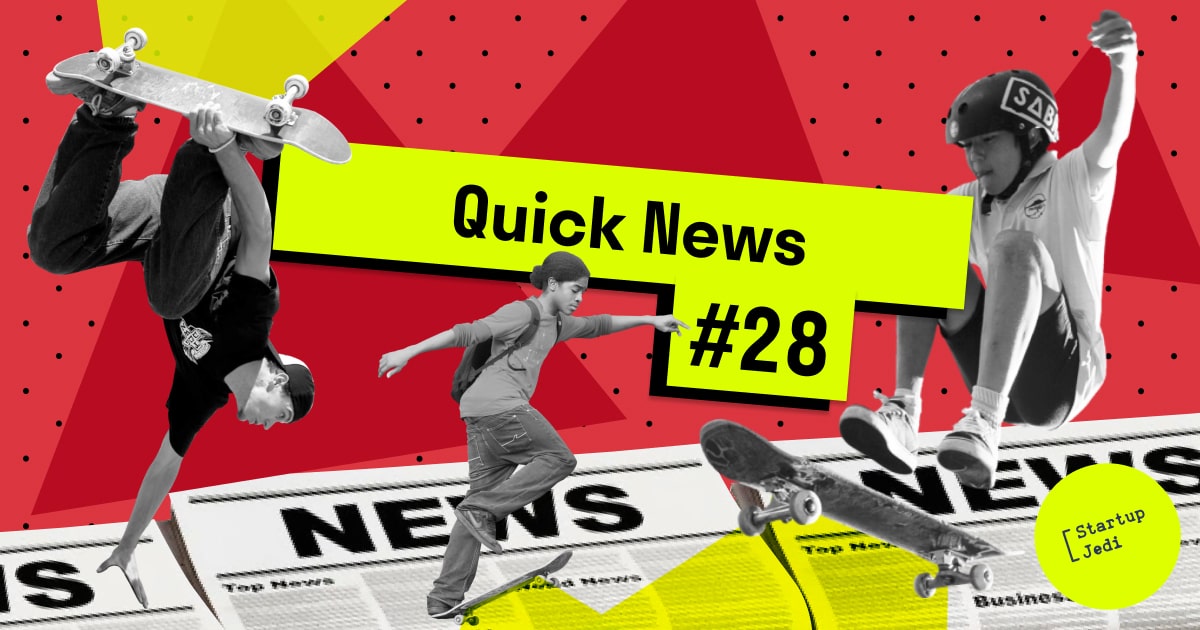 Quick news №28
Review of crypto and venture news over the past week. 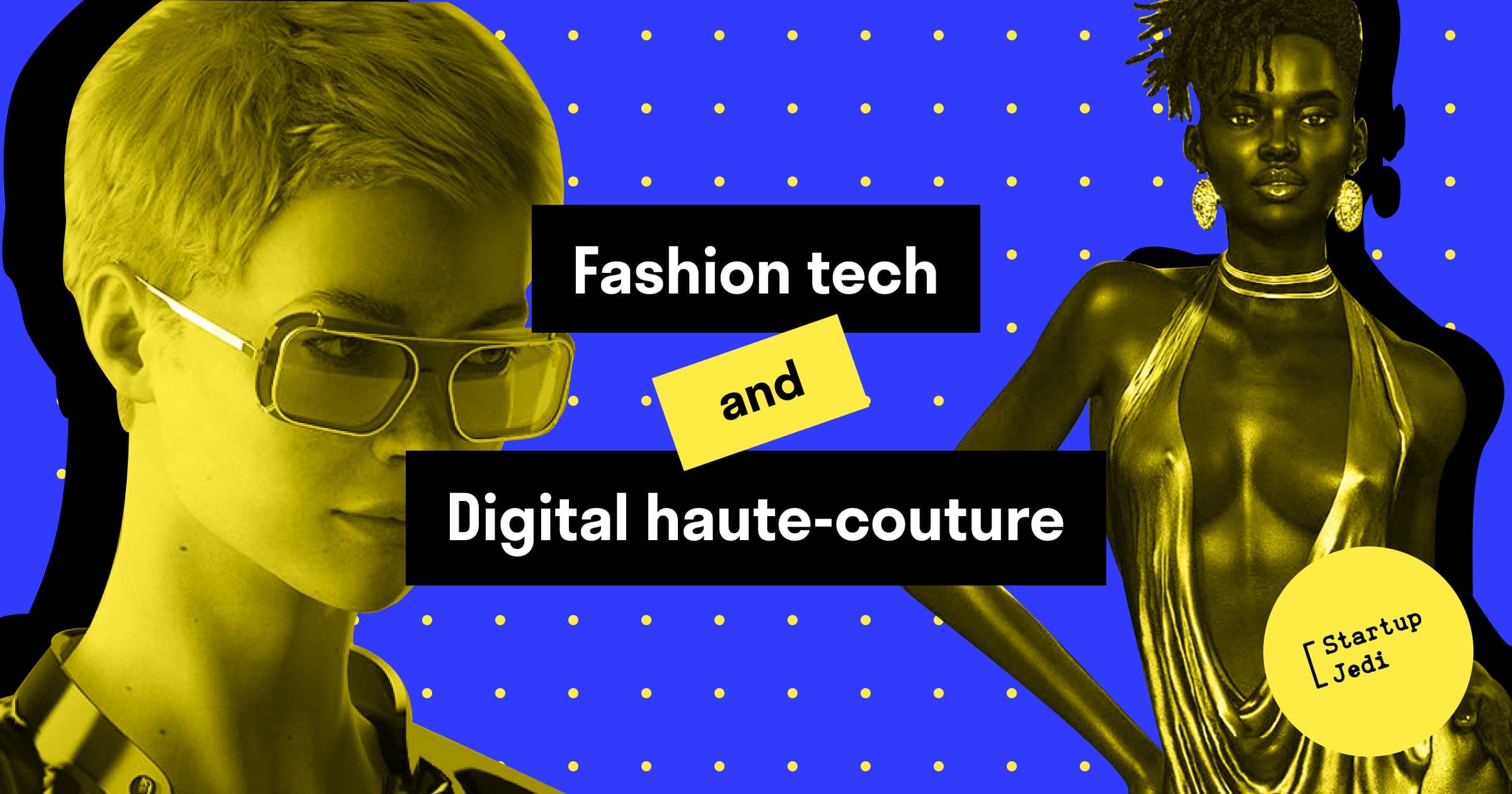 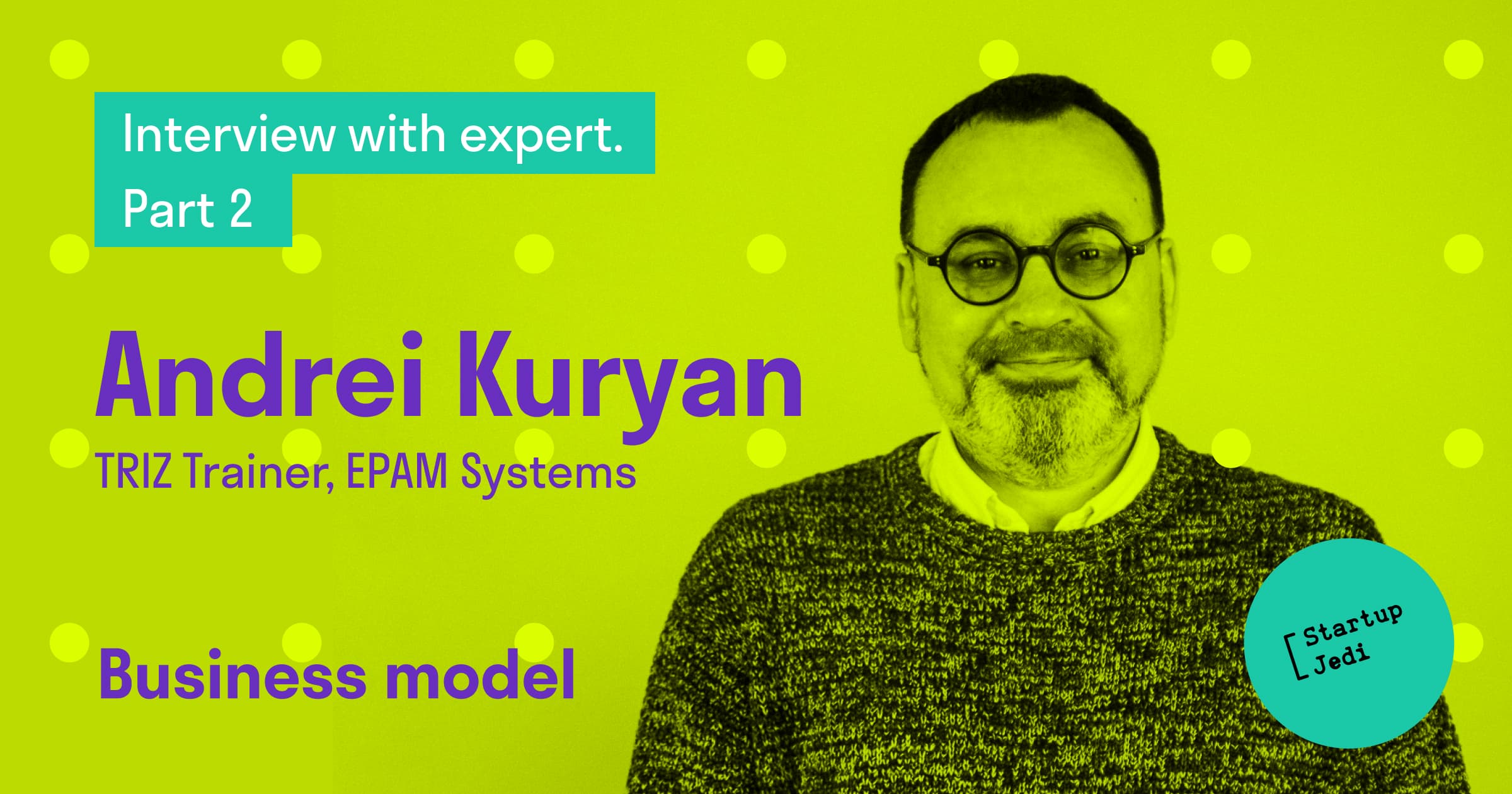 Andrei Kuryan: shortly about methods of product distribution and differences between startup
What approaches are there allowing describe business models? What should a startups pay attention to planning to grow?