Investing in Individuals: How it Works 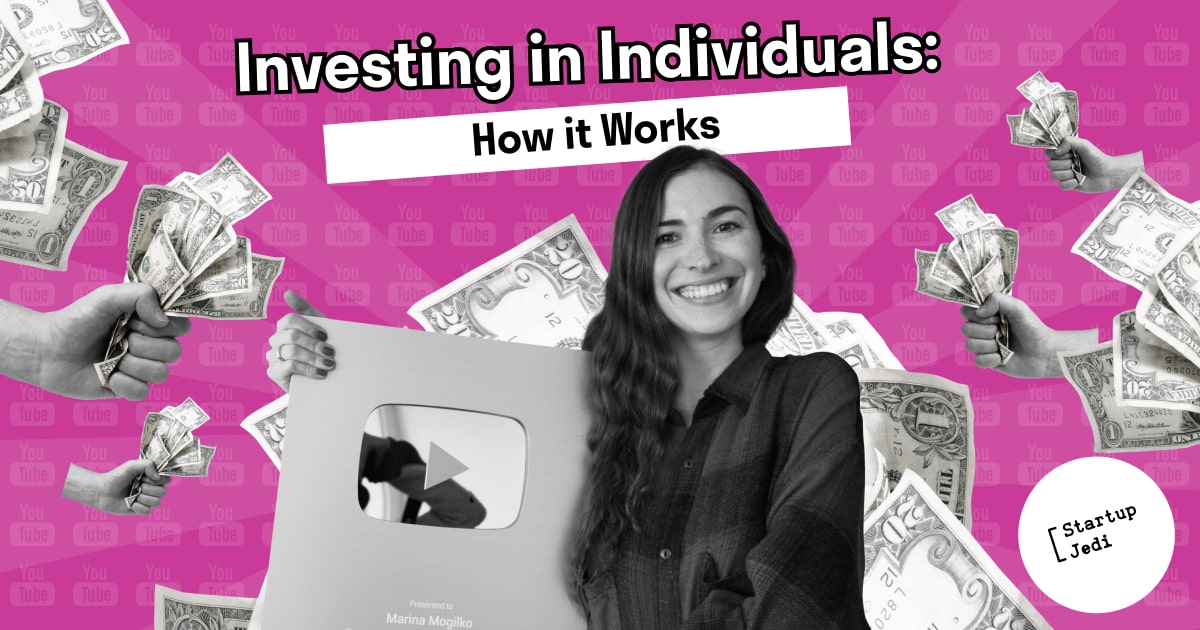 In 2021 a venture capital fund from Silicon Valley invested $1.7M in Russian blogger Marina Mogilko. This illustrates a trend that is now much talked about — investing in a person. Will investing in people become as commonplace as investing in startups in the next 10 years? Let’s take a closer look into this new insight together with the Founders Club.

In November 2021, investors from Silicon Valley invested $1.7M in Youtube blogger Marina Mogilko in exchange for a share of her income: the blogger will pay investors 5% of income for 30 years. The venture capital fund Slow Ventures, Liberman brothers and Shiram Krishnan joined the deal. Marina runs 3 YouTube-channels with a total audience of over 6 million subscribers. The blogs are about learning English and moving abroad. According to Marina, the investment will help reduce the number of advertising integrations and focus on creating new content.

Maxim Spiridonov, founder of Netology, commented on the news: “I see more and more evidence of the onset of the Digital Renaissance that creative economy enthusiasts are talking about. The role and possibilities of creative people, it seems, will expand radially. This also correlates with the trend for the upcoming opportunity to buy shares of a particular person.”

The Slow Ventures fund won’t stop there: they allocated $20M to support bloggers, so there are new investments ahead that we will soon hear about.

Facebook (Meta) will make an even larger investment in content creators. In July 2021, Mark Zuckerberg announced that by 2022 the company will have paid a total of $1B to content creators on the company's sites. Tthis way, the platform hopes to attract popular bloggers who will help compete with TikTok.

Meanwhile, TikTok is responding with "mirror measures" by investing in content producers from all over the world. Thus, the company has already launched a special fund of ₽100M in Russia to support Russian TikTok bloggers.

The Russian Alfa-Bank has made its own investment fund for content creators. According to bank representatives, it will increase and secure bloggers' income. The fund is based on the shares of stable and large companies such as Apple and Microsoft. Brands that are interesting to bloggers, such as Twitter, Louis Vuitton, Tesla and others are also part of the portfolio.

As any work that can be algorithmized will sooner or later be delegated to computers, creativity is becoming not only a vocation, but also a profitable profession. And, perhaps, the most stable one —  although, it would seem, it was always the other way around. Many economic experts are already claiming that in the future our civilization will be made up of content creators, platform owners, and content consumers.

Investing in talent. Large corporations have long been investing in startups whose product can strengthen the business. The next step is to invest in potential creators of such products (or employees who can have a big impact on the development of the company in the future).

Thus, the “Global Education 2015-2035” program prepared by the Agency for Strategic Initiatives states that in the coming years “the main task of the HRs of companies will be the search and development of talents, while production centers and direct investment funds in talented people will become widespread”.

Who may be of interest to companies and venture capital funds?

Investments in the founder. How is this different from investing in an early stage startup? Firstly, you can invest in a founder even before they have decided on a business idea. Secondly, you are investing not in the in a specific product, but the creator. The famous entrepreneur and investor Arkady Moreinis believes that such investments give entrepreneurs “the right to make a mistake”. If the first project fails, investors are ready to lose investments, and become beneficiaries of their next successful project. And this makes sense: statistics show that the majority of “unicorns” and successful startups are actually founded by people with experience of failed startups.

Investing in "human stocks". In the era of tokens, anyone can issue their own "shares" that will be bought by those who are ready to support you. This opens up opportunities for venture investments and crowdfunding. If a person becomes successful and famous in the chosen field, the value of their tokens grows. Another tool is NFT (non-fungible token). In the form of an NFT, you can sell a digital copy of anything that can be of any value — a drawing, animation, photo and music. The creators of unique digital content in the form of NFTs are a promising investment opiton in the coming years.

The difficulties associated with the "path of the creator" is one of the archetypes of human culture. At all times, a person who chose to create something of their own instead of opting for standard types of activities, most often doomed themselves to a life full of hardships. People understood the true value of their legacy a while ago, and great artists, composers and philosophers did not succeed in gaining approval and support during their lifetime. Perhaps investing in personality can destroy this archetype, and the 21st century will finaly be the time when creators will be appreciated at their true worth? This is the opinion of optimists and supporters of the "creative economy".

Their opponents are skeptical about the coming era of personal investment, though. They indicate that investors are already investing not in writers and architects, but in the creators of hype, often meaningless, but viral content. Besides, real works of art and valuable thoughts can simply drown in this information noise.

And the most pessimistic futurists say that investing in a person with the subsequent need to fulfill their obligations will lead to the era of “digital slavery”. Or maybe the scary predictions like this are just another way to create viral content?.. 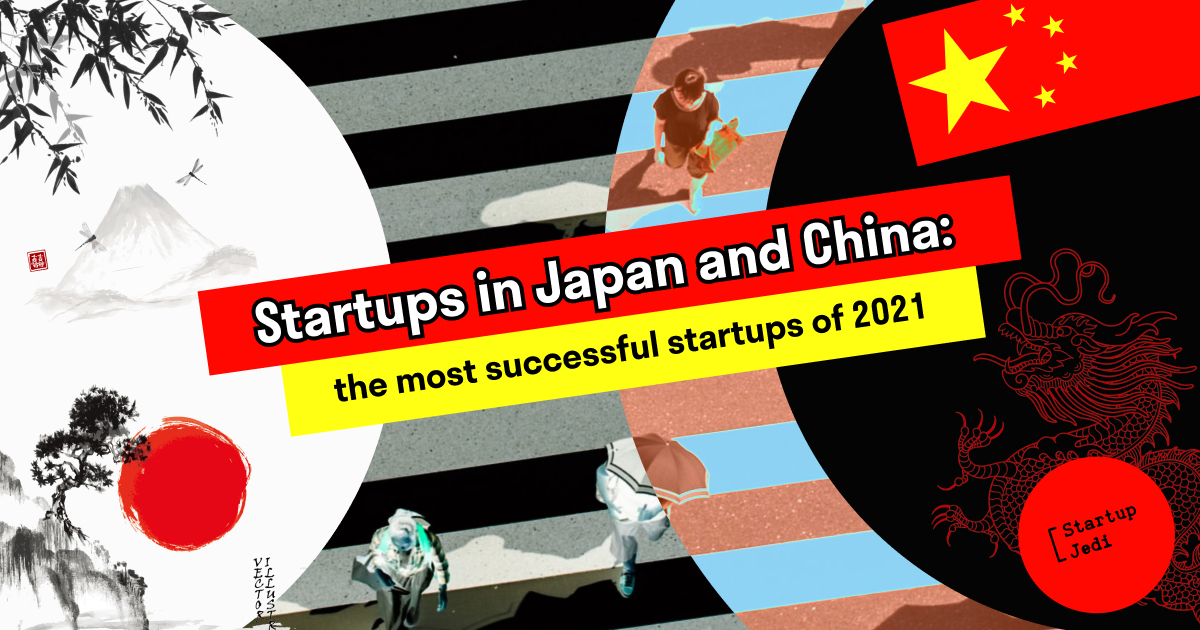 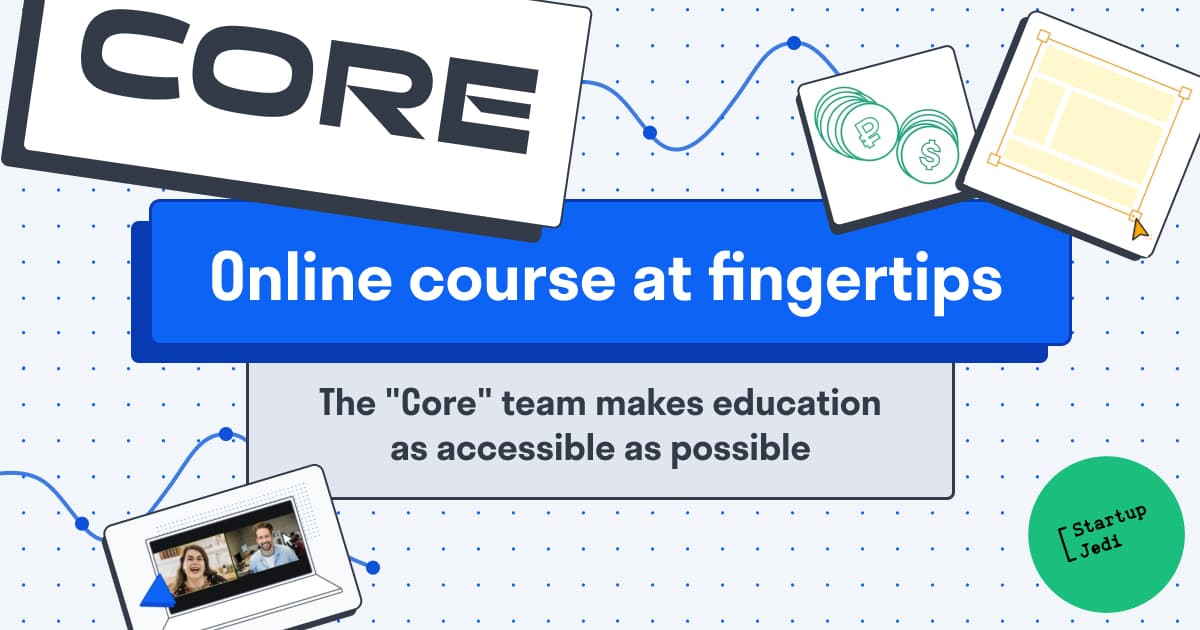 Online course at your fingertips. Core team makes education as accessible as possible
Interview with CEO of CORE Anton Sazhin 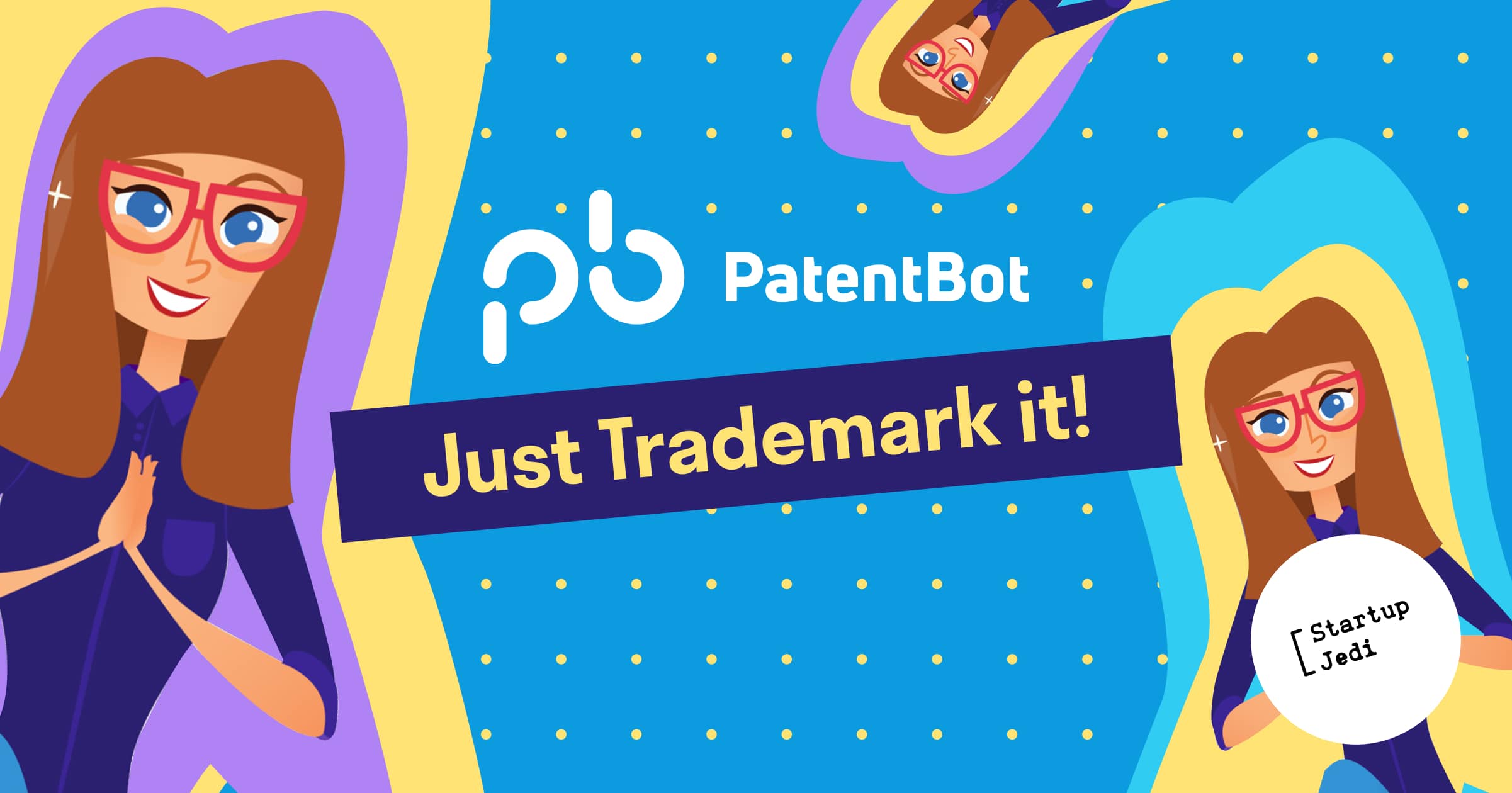 USA-Europe-CIS-China: how PatentBot - a legaltech startup from Ukraine - conquers the world
Natalia Vladimirova, CEO and startup co-founder, told us what the project is all about and how it is developing.